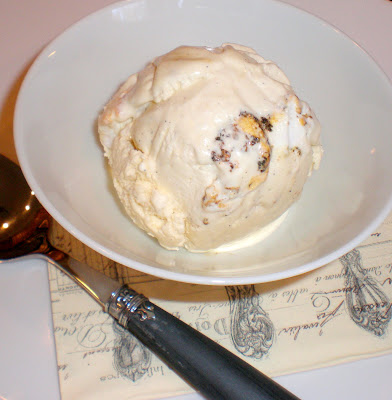 Roasting marshmallows always circles my memory back to my childhood and our camping vacations with my family. Smores were the treat of choice. My Mom would bring a large box of graham crackers, Hershey’s milk chocolate bars and of course, fluffy marshmallows to roast over the campfire. Each person had their own technique for roasting – there was the dip into the fire and burn right away, the slow roaster who barely would go near the flame and the up and down roaster who would dare to touch the flame but then turn away in fear of burning to a black crispy mess.

I was definitely the slow roaster who went for the golden brown color. Often I would roast until golden, then slip the marshmallow off the stick, eat it, then with a bit remaining to be “re-roasted”. I was able to encounter the complete roasted marshmallow experience.

Even today, I often get a craving for these delectable treats. I will spear a fork into one of these magical pillows and roast over my gas stove. All I can say is.......YUM!

In a medium bowl, add the egg yolks, salt and sugar. With a whisk, beat until it is thick and a pale yellow color. Set aside.

Use a medium pan, add the half and half and bring to a simmer. Temper the egg mixture first, by adding about ¼ cup of the hot half and half and mix well. Then slowly add this mixture to the simmering half and half. Turn the heat down to low and stir constantly until the mixture thickens to coat the back of a spoon. Remove from the heat and strain the mixture through a strainer to remove any lumps. Let cool a bit. Add the heavy cream and vanilla extract. Slice vanilla bean in half and with a sharp knife, scrape the pods into the mixture and stir.

Cool in the refrigerator or overnight. Freeze the mixture in your ice cream maker according to the directions. When firm, transfer to a freezer safe container and freeze. Meanwhile, toast the marshmallows either under a broiler on a cookie sheet or over a gas flame on the stove. When toasted and gooey, mix into the ice cream and return to the freezer.

Posted by Lisa | Authentic Suburban Gourmet at 8:59 AM