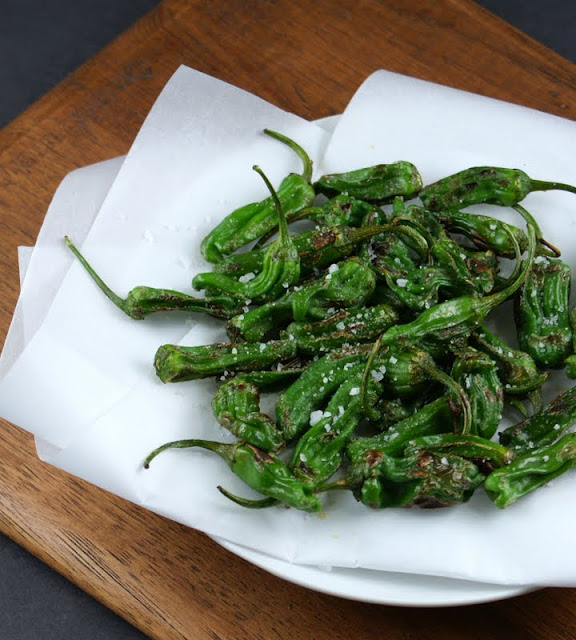 Yesterday hubby and I went to the farmer’s market which is less than a mile from our house. Since it’s inception over a year ago, I have seen the mix of vendors change for the better. The variety is wonderful – from handcrafted gourmet ice cream, artisan dim sum to locally crafted honey. Of course the customary farmers are on hand to share by way of samples their locally grown fruits and veggies. 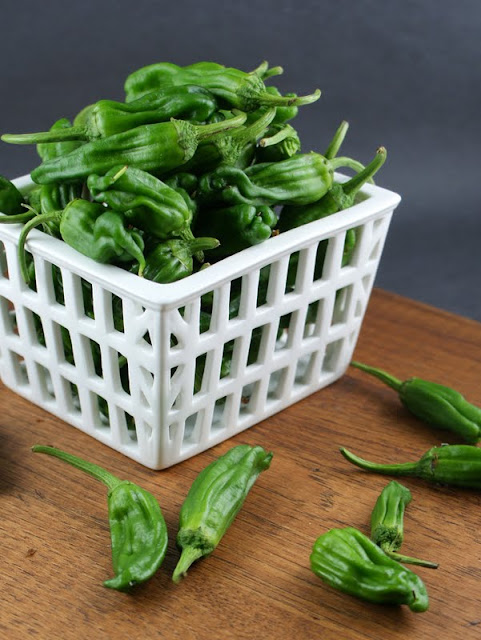 With my reusable bag in hand, let the shopping begin. The very first vendor had stunning vegetables. Right now pepper season is in full swing. The variety of heirloom peppers in a variety of eye catching colors of purple, green, yellow and multi colors were everywhere. Such sweet and flavorful varieties were available at multiple vendors. A small basket of patron peppers instantly caught my eye and I had to immediately purchase. 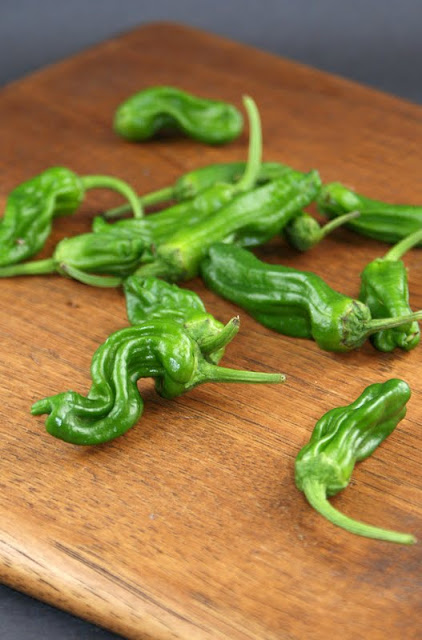 Padron peppers from Spain or as they are called in the country – pimientos de Padron, are small green peppers from the Capsicum annuum family. They are sweet and quite mild, though some can be hot and spicy. The traditional way is to fry them and sprinkle with sea salt. They are most prevalent and available from June to September. 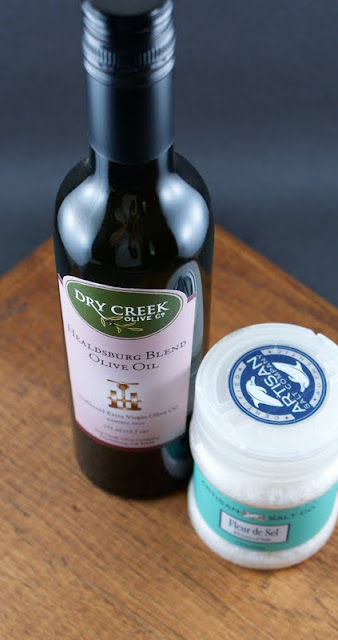 A little over a week ago, I immediately admired a recipe from my friend Patty at Patty’s Food. It described the best way to enjoy a Padron Pepper. She has a beautiful blog full of delish recipes and gorgeous photos - I highly encourage you to take a few minutes to browse. Until I read her post, I was not exposed to this delicious little gem of a pepper. They are not hot, but rather mild. I filed it in the back of my head as one of those recipes I must try. Then yesterday at the farmer’s market, there they were – the Padron Peppers all neatly placed in a small green basket. It was a “must purchase”. 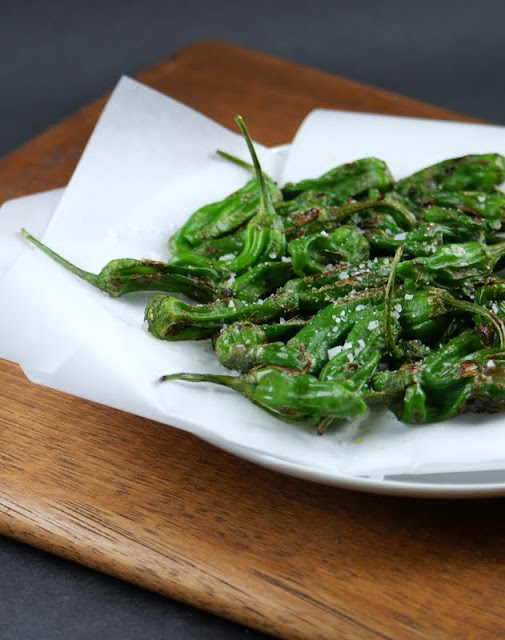 I reviewed Patty’s recipe and technique carefully. Thought that I would use my well seasoned cast iron skillet to give some great flavor to the peppers yet create that charring on the outside that embodies the grand smoky flavor. I did them in two batches and soon realized that the less oil the better. Just a hint of fleur de sel and I now had the perfect delish snack. The next time I make these, I would add a bit of shaved parmesan along with the fleur de sel for an extra added degree of flavor.

Sometimes the simple things in life are the best things in life. These cast iron pardon peppers were simply sublime. Just wish I purchased two baskets – they were that delish!

Heat your cast iron skillet on high for 2 to 3 minutes. Add the olive oil and let heat for 30 seconds. Add one cup of the pardon peppers. Cook for 2 to 3 minutes and toss frequently until you get a char on both sides. Place onto parchment lined plate and sprinkle with fleur del sel. For the second batch, add a touch of olive oil if needed and repeat the process. Enjoy!!
Posted by Lisa | Authentic Suburban Gourmet at 11:21 AM