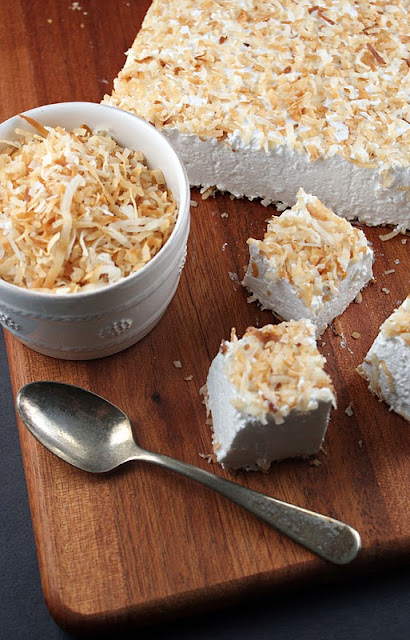 How time flies! It seems like yesterday that I was participating in my first Secret Recipe Club post, yet now I am on my third month of participating. If you have not heard of the Secret Recipe Club, you must check it out. Amanda has even set up a fan page.  Our hostess for Group C is Angie from Big Bears Wife. 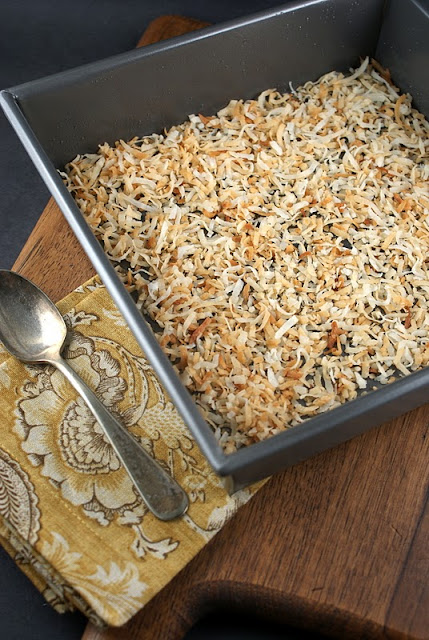 This month I met Evelyne, virtually through her fun blog called Cheap Ethic Eatz. She began her love of food at the early age of eight and by age fourteen she was having her friends over for multi course meals. Now that is impressive. She resides in beautiful Montreal (on my bucket list of cities to visit) and appreciates the variety of cuisines her city offers. She even started a dinner group with blog’s namesake - certainly impressive. 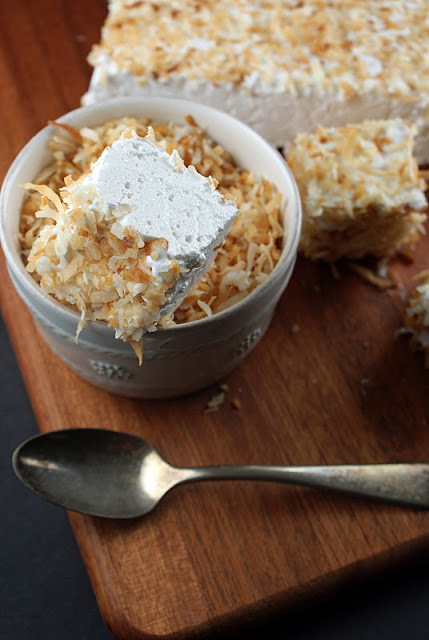 While browsing through her extensive recipes on her blog, so many was eye catching, this made it hard to select. However, one jumped out at me. I have long wanted to make homemade marshmallows and she highlighted Thomas Keller’s version. She was inspired by another blogger, Aimee from Under the High Chair. Aimee did the basic recipe and one with toasted coconut. I adore toasted coconut, so I decided to add that flavor profile to a basic vanilla marshmallow. 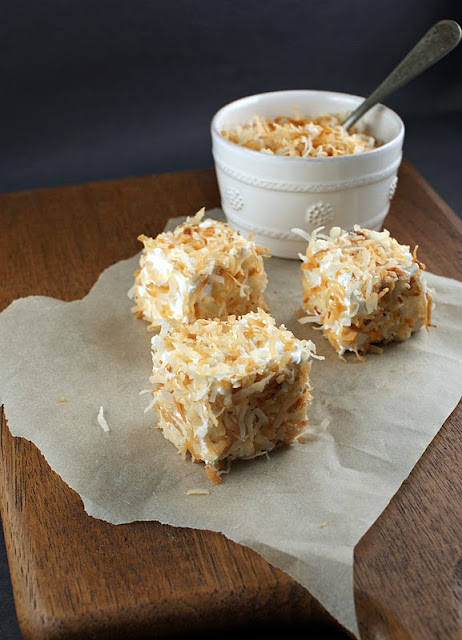 While shopping in San Francisco a few months ago, we stopped it the world famous store – Gumps. While perusing through the gourmet section, the coconut marshmallows caught my eye. Of course, I had to buy them and after one bite, I was hooked. Now that I have accomplished my goal of making homemade marshmallows, I can venture to make more exciting flavors. Thank you Evelyne for the inspiration. 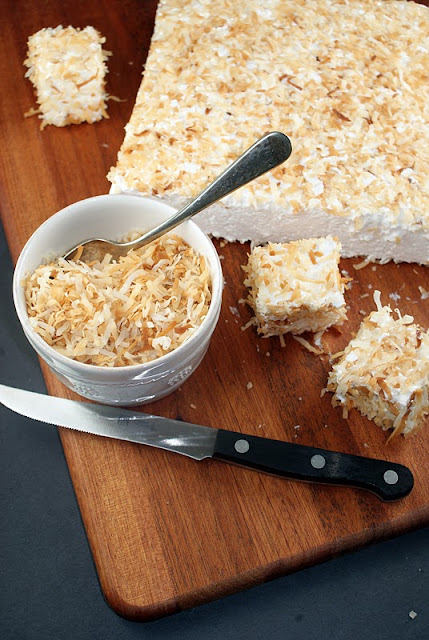 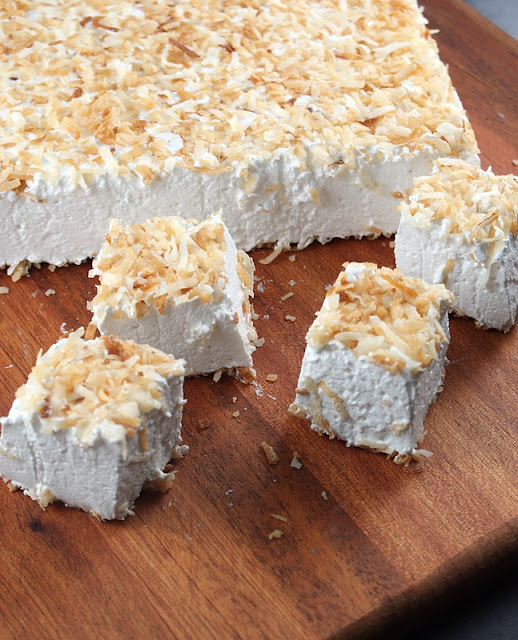 Toast coconut on a baking sheet in oven, stirring occasionally, until golden, 7 minutes. Remove from oven and cool. Break into smaller bits with your hands.

Sprinkle gelatin over 1/2 cup water in bowl of mixer and let soften while you make syrup.

Combine sugar, corn syrup, remaining 1/4 cup water, and slat in a 1- to 2- quart heavy saucepan and heat over low heat, stirring, until sugar has dissolved. Bring to a boil over medium heat. Insert thermometer and boil, without stirring, until it registers 240 degrees. Remove from heat and let stand until bubbles are gone.

With mixer at low speed, pour hot syrup into gelatin in a thin stream down side of bowl. Increase speed to high and beat until very thick, about 15 to 20 minutes. Add vanilla and beat for 1 minute more.

Spoon marshmallow mixture over toasted coconut in baking pan and press evenly with dampened fingertips to smooth top (it will be very sticky). Sprinkle top evenly with 1/2 cup toasted coconut. Let stand, uncovered, at room temperature until firm, about 2 hours. I put into the refrigerator for about 15 minutes to help it set and then took it out.

Cut into one inch squares and cover the sides with the remaining toasted coconut. Store in an airtight container. 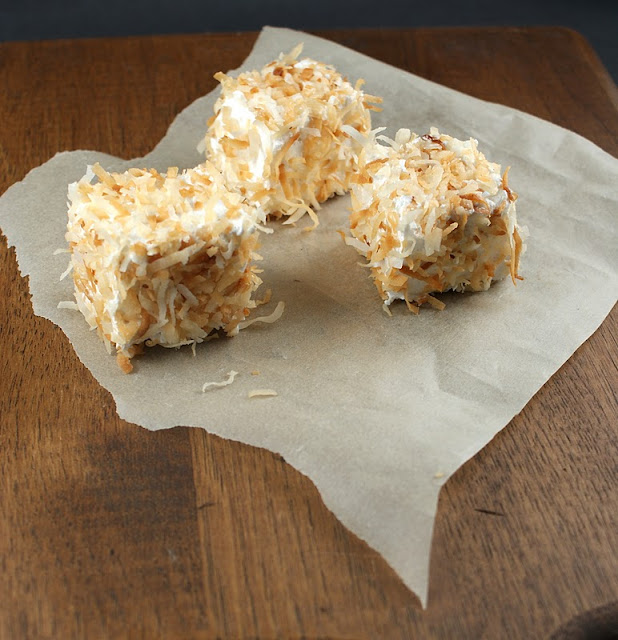 Posted by Lisa | Authentic Suburban Gourmet at 4:00 AM