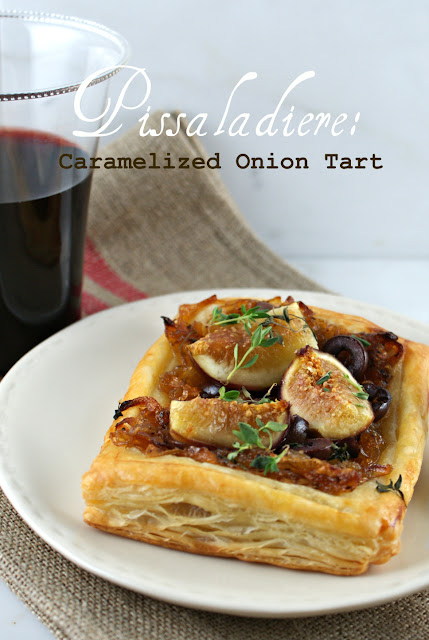 This month I was paired with Jane from Jane’s Adventures in Dinner – further adventures in eating and parenting. Jane wears many hats from being a mom, wife, sister, daughter, teacher, reader, cook, enthusiastic environmentalist, recovering overspender and proud Canadian. Jane and I share a common love for Pinterest. She highlights weekly her “Pin’inspiration”. After browsing through her many lovely recipes, one stood out for me the post entitled – “A taste of France”. 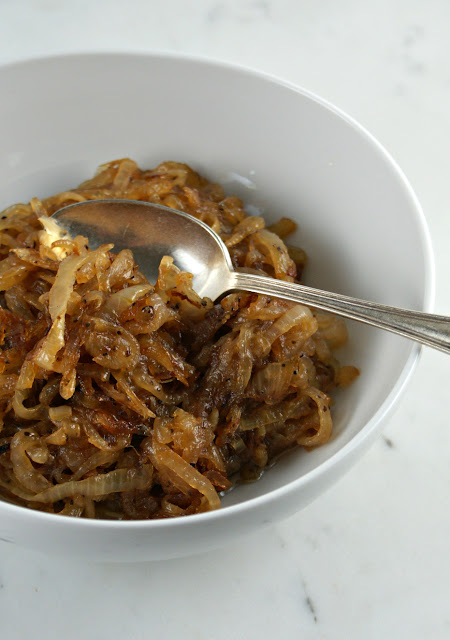 It featured the Pissaladiere, which is something that has been on my recipe to make bucket list for sometime. The fancy word translates to Caramelized Onion Tart in my world. No time like the present to make this southern france delight. It is a pizza like dish made in Southern France, around Nice, Marseilles, Toulon and the Var District. This dish is also made in the Italian region of Liguria. The classic preparation is caramelized, almost pureed onions, olives, garlic and anchovies. In France it is made without cheese where in Italy it has mozzarella added. Today it is often served as an appetizer, back in the day it was traditionally cooked and sold early each morning. 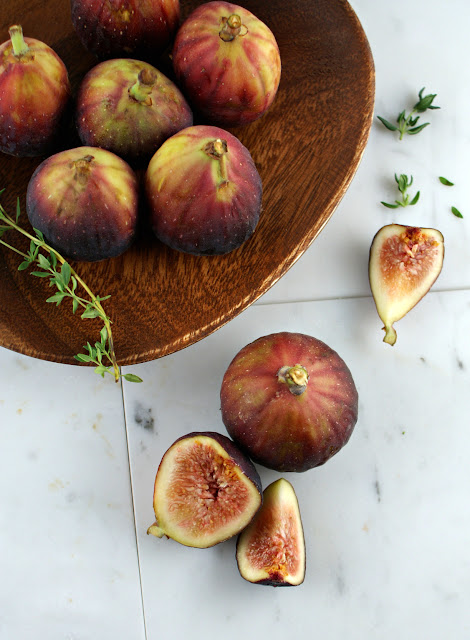 It seems like yesterday that hubby and enjoyed our honeymoon almost 14 years ago; we took a two week vacation to six european countries with France as one on the list. We visited Nice along with Saint Paul de Vence. We especially adored Saint Paul de Vence which is a commune in the Alpes Maritimes department in the southeastern part of France. It is one of the oldest medieval towns and well known for its modern and contemporary art museums and galleries. I especially loved the authentic croque monsieur that was sold at various stops along the cobblestone streets. One store we visited had an open air window at the back of the store that looked down at the town of Nice – it was breathtaking. 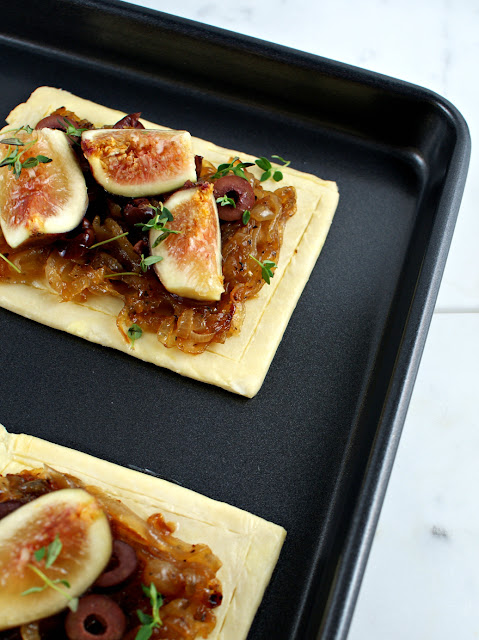 With anchovies not being a favorite on my list, along with a desire to always put my own twist on a recipe, I have created my version of the Pissaladiere. The ease of frozen puff pastry along with salty kalamata olives and fresh figs adorn the caramelized onion base of my version. A light sprinkle of fresh thyme leaves finished the appetizer. I cut the puff pastry into six even portions but you could also divide into more portions and make bite sized appetizers. Dividing into six makes a perfect starter to a meal.

Thank you Jane for the inspiration and sparking beautiful memories of my honeymoon. I need to break out the photo album of our honeymoon, especially since we celebrate 14 years in September. 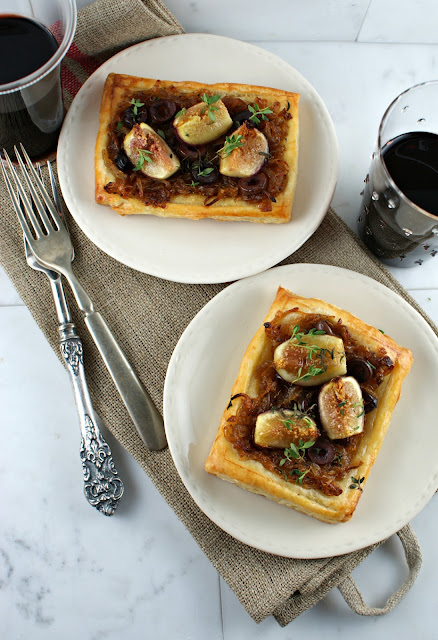 In a large skillet, melt the butter over medium. Add the thinly sliced onions and toss until all onions are covered with the butter. Add the sugar and mix. Season with salt and pepper. Cook over medium heat for 30 to 45 minutes, stirring frequently until fully caramelized and sweet. Let cool.

Lightly roll the defrosted puff pasty on a board that is lightly floured to prevent sticking. Cut into 6 even rectangles. Lightly run a sharp knife around each square of puff pastry about ½ inch inside the rectangle but don’t go all the way to the bottom. This will help to form the border for your tart.

Break the egg into a small bowl and beat until all pale yellow. Using a pastry brush, lightly coat each of the puff pastry rectangles all over.

Divide the onion mixture among the six rectangles and spread to the ½ inch mark that you cut previously. Add about a 2 of the slicedolives and 3 quarters of the fig to the top of the onion mixture. Sprinkle a bit of the fresh thyme leaves.

In a pre-heated oven at 400 degrees, cook the tarts for 15 to 20 minutes or until the sides are puffy and golden brown. Remove and sprinkle a bit of fresh thyme leaves for flavor and color. 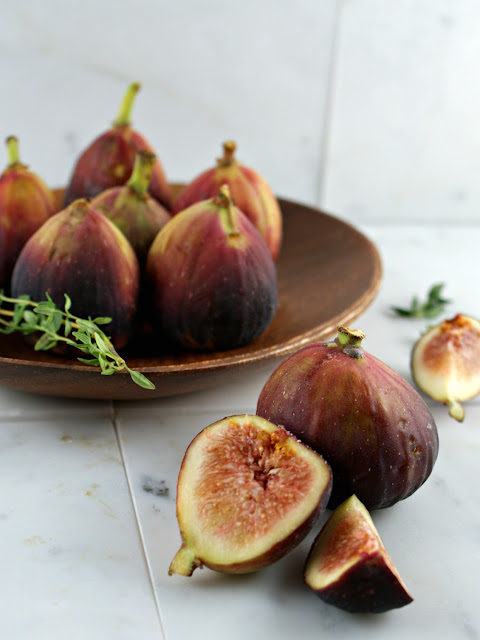 Posted by Lisa | Authentic Suburban Gourmet at 9:00 AM