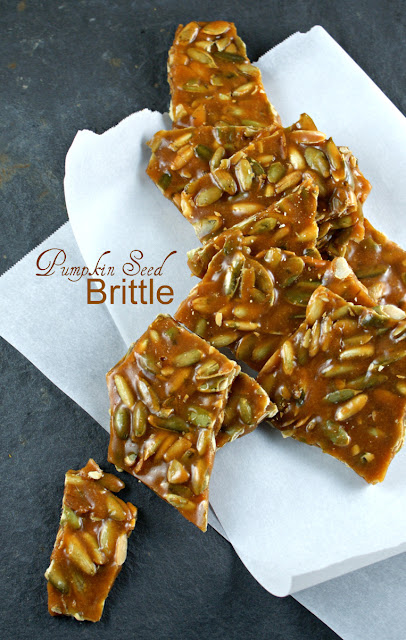 After being away from my primary office for the last several days, I walked into my office and instantly had a big smile on my face.  The distinctive Amazon box was sitting on my desk front and center.  My Baked Elements:Our 10 Favorite Ingredients had arrived - yippee skippee!  I already own Baked Explorations: ClassicAmerican Desserts Reinvented and Baked: New Frontiers in Baking.  Now my collection is complete - okay until Matt Lewis and Renato Poliafito publish their 4th masterpiece. If you are in New York City, you can check out where it all began at the bakery aptly named - "Baked". 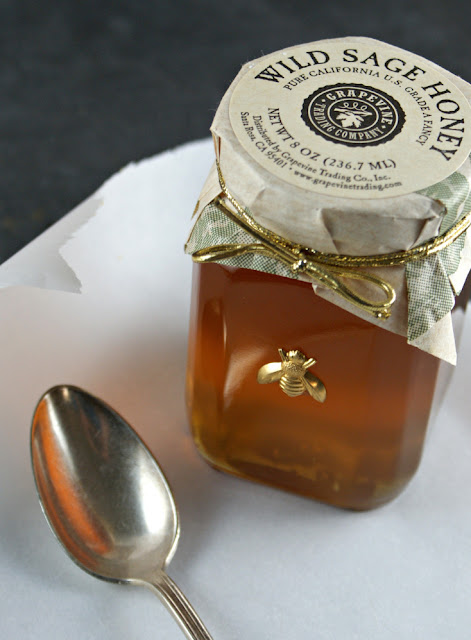 I could not contain myself when I got home that night to turn each page and begin to drool.  Matt and Renato broke this book down to 10 of their favorite ingredients and created masterful delights with each ingredient.  The list is comprised of – peanut butter, lemon & lime, caramel, booze, pumpkin, malted milk powder, cinnamon, cheese, chocolate and finally banana.  What a brilliant methodology for a cookbook! 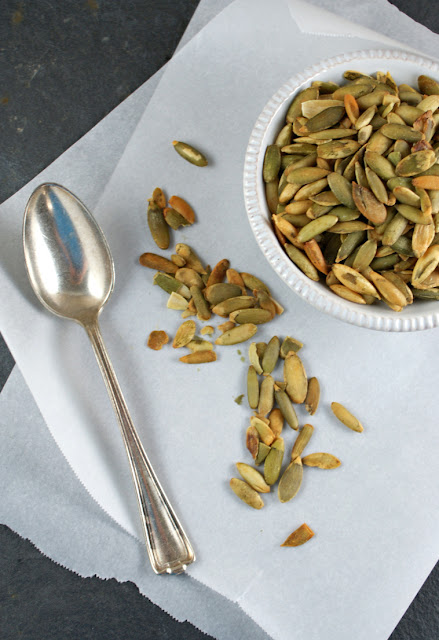 You can imagine that each turn of a page stirred the creative juices for me.  I simply wanted to make everything in the book.  After the first complete review of the book, I went back for a second look.  One recipe stood out for me that was both simple and mouth watering.  The Pumpkin Seed Brittle simply stood out to me.  Plus I had a large bag of Pepitas in my pantry. Pepita is a Spanish culinary term for pumpkin seed.  The seeds are typically rather flat and oval, and light green in color inside a white hull.  The word refers to the roasted end product.

I purchased the pepitas already roasted and salted from Trader Joe’s which saved time from the recipe.  I decided to cut the cinnamon amount in half, since I just wanted a slight hint of cinnamon flavor.  The end result was pure brittle perfection. 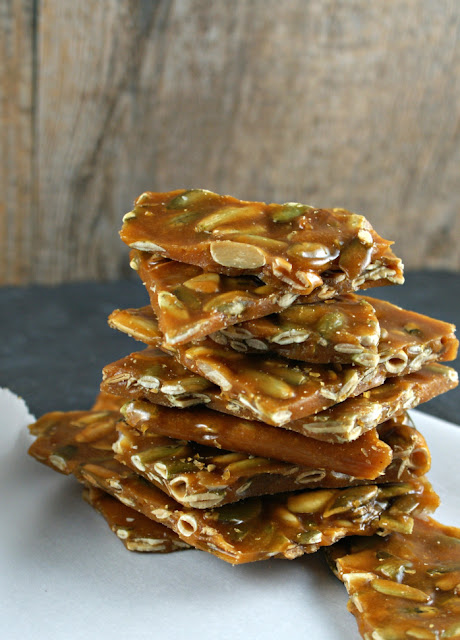 (*I used Roasted & Salted Pepitas from Trader Joe’s, which eliminated the roasting of the seeds)

Line a baking sheet with two layers of paper towels.

Place  the oil in a medium heavy-bottomed skillet over medium high heat.  Swirl the pan a few times to make sure the oil is completely covering the bottom of the skillet.  When the oil is hot, after 1 to 2 minutes, add the raw pumpkin seeds and toss with a large spoon until they just start to brown, about 2 minutes. Alternatively, toast the seeds in a 350 degree oven by tossing them with 1 tablespoon of oil and spreading them in a even layer in a baking pan.  Bake for 10 minutes, stir the seeds, and bake for another 10 minutes, or until lightly brown.  Transfer the seeds to the prepared baking sheet, sprinkle with 1 teaspoon of the salt and let them cool.

Place the cooled pumpkin seeds in a small bowl.  Remove the paper towels and line the baking sheet with parchment paper.  Light coat the parchment paper with nonstick cooking spray.

In a medium saucepan over very low heat, gently stir together ¼ cup water, the sugar, corn syrup, and honey until the mixture is almost clear.  Stir in the butter.  Increase the heat to medium high and continue gently stirring the mixture until it just begins to boil.  Stop stirring and cook until the mixture is golden brown, 8 to 10 minutes. (For a darker color, I would continue to cook for 5 to 10 minutes until dark golden brown) Remove from the heat and gently stir in the baking soda, then the cinnamon and the remaining 1 ½ teaspoon of salt.  After the mixture has stopped bubbling vigorously (light bubbling is fine), stir in the pumpkin seeds.  Pour the mixture onto the prepared baking sheet and sue a lightly greased offset spatula to spread it out in an even layer.  Allow the brittle to cool completely, at least 3 hours.

Break the brittle into pieces with a sharp knife or your hands.  It can be stored  at room temperature, between layers of parchment in an airtight container, for up to one week. 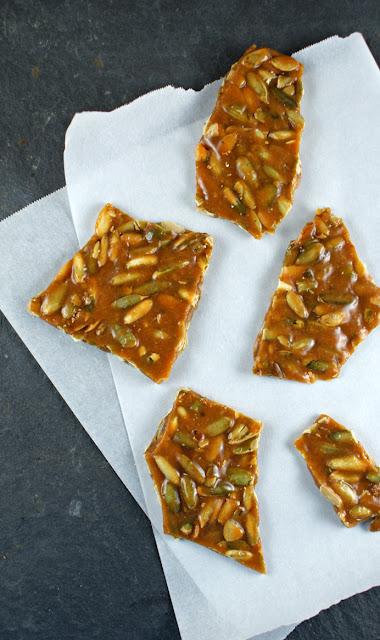