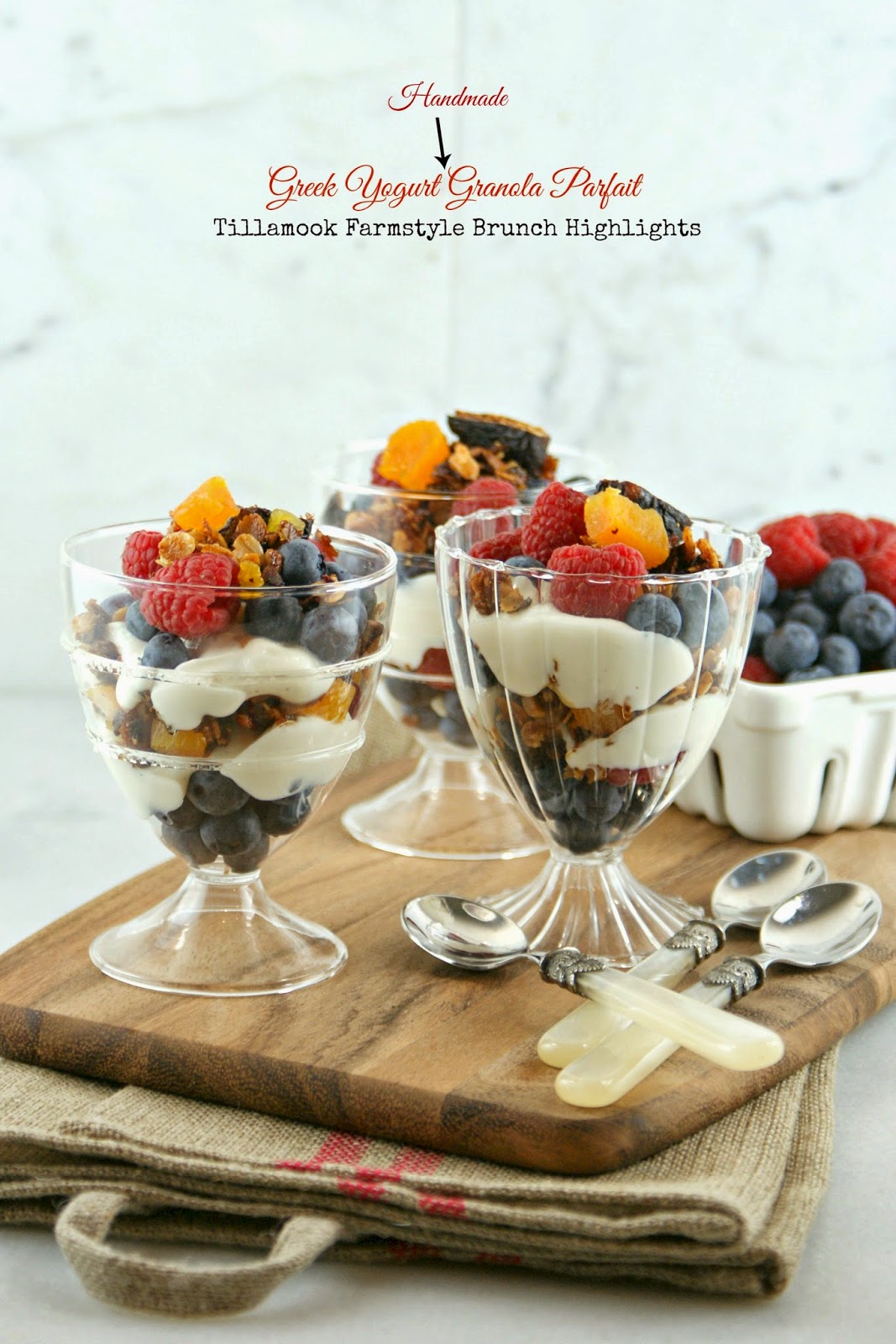 When an invitation came via email from Kelly at SodaPop PR to attend a Farmstyle Brunch sponsored by Tillamook at The American Grilled Cheese Kitchen in the district in , it was an instantaneous YES! Tillamook is one of those well respected brands that I have enjoyed for years.  I have long associated them with their infamous medium sharp cheddar cheese and learned quickly that they have expanded their brand into other products.  The focus of the brunch was to introduce their new Farmstyle Greek Yogurt.  By the way, Tillamook makes butter, sour cream, yogurt and ice cream.  Note to self, need to buy some of their ice cream pronto.

It was a rainy Saturday morning which this year is rare for us in the Bay Area.  I ventured over to the city for the Farmstyle Brunch in the district of San Francisco to The American Grilled Cheese Kitchen.  Okay anything being held at a restaurant where grilled cheese sandwiches are front and center, I knew I was in for a treat.  Heidi and Nate opened this quintessential grilled cheese palace in May of 2010.  Both were affected by the downturn in the economy, but took it as an opportunity to utilize their talents and realize some dreams.  With Heidi winning her 7th national grilled cheese championship, her hobby became her new day to day career.  They partner with some of the best artisan food companies to create their award winning sandwiches. 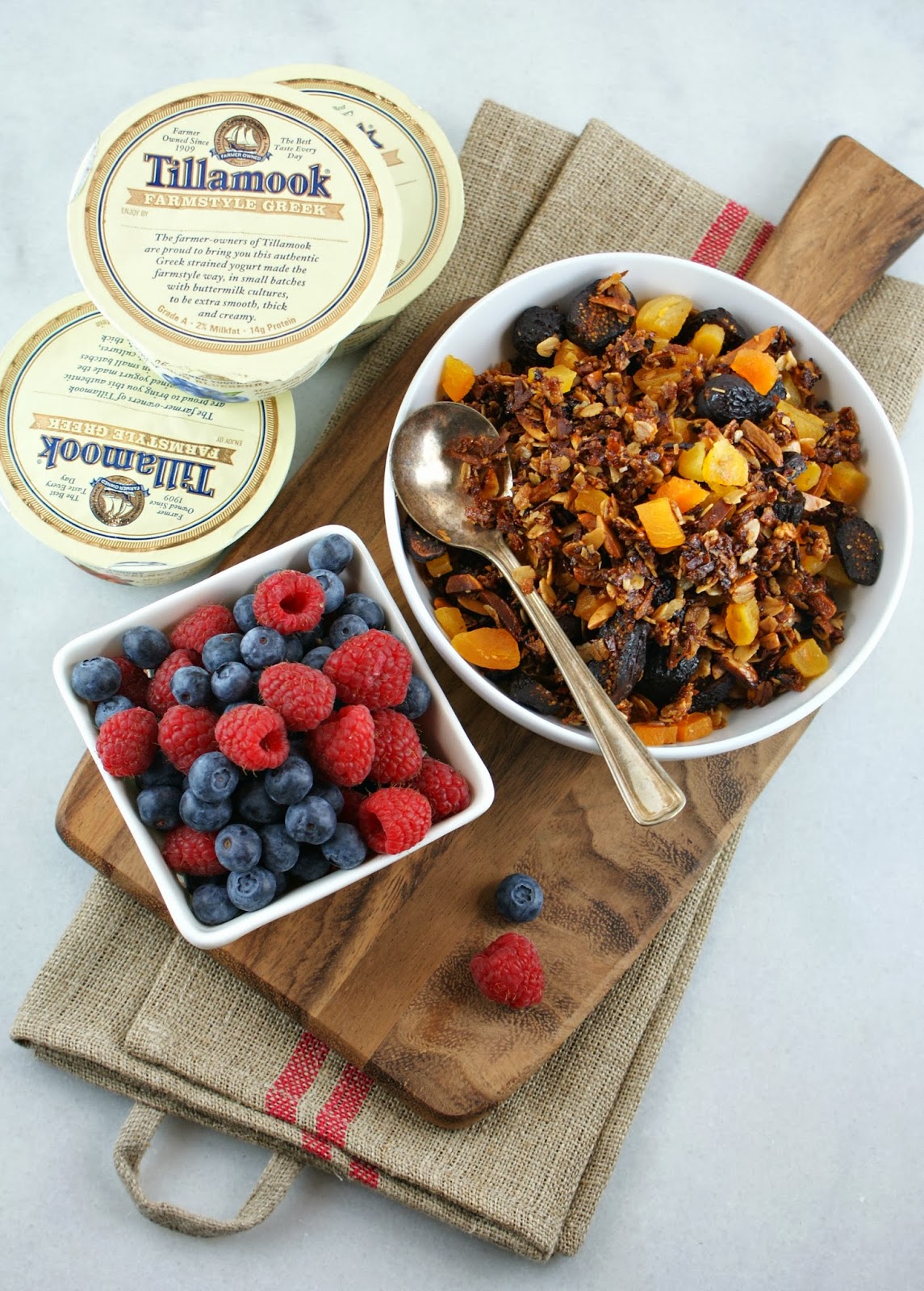 After shaking off my umbrella, I was greeted by Kelly and met several of the other food bloggers including Jennifer, Claudya and Kristianne.  My food blogging buddy Azmina sat next to me and it was great to catch up since we had not seen each other since our food blogger brunch in December.  I had a sneaking suspicion that we would not leave hungry, so I purposely did not eat breakfast.  Nate was a perfect host along with Kelly and Heidi did not disappoint with her array of tasty delights.

I started off with a piping hot cappuccino and mingled with the other guests.  Once everyone arrived, we learned about Tillamook’s new Farmstyle Greek Yogurt which was the headliner at the brunch.  Their Greek Yogurt is different from other brands since it is churned slowly with farm fresh milk and buttermilk cultures which takes a bit of the traditional tartness away.  It is mythically good, especially the Coffeehouse Blend. It is like eating coffee ice cream and sipping on a piping hot cup of coffee all in a neat little cup of yogurt – this one brilliant. 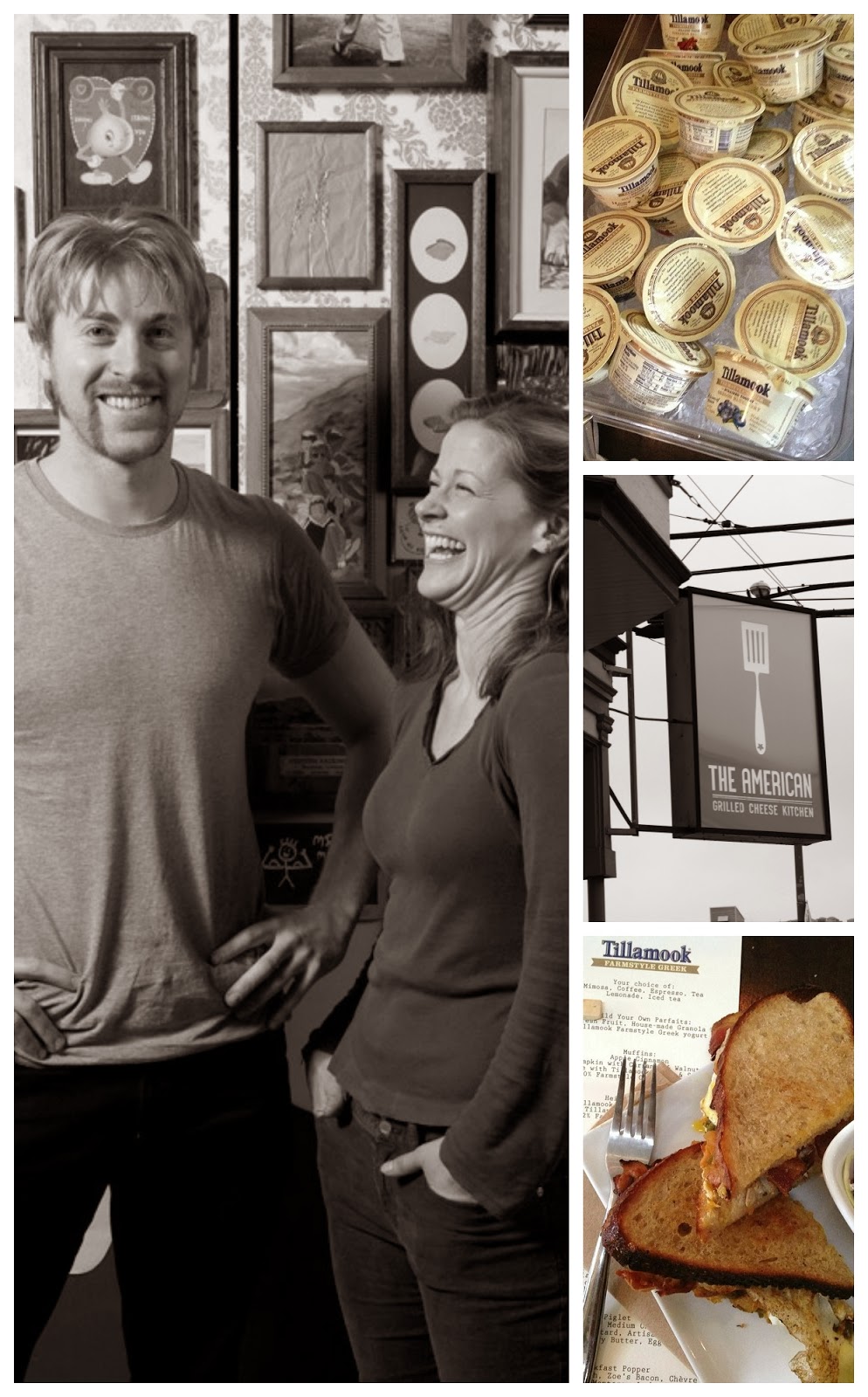 We kicked off the brunch with a yogurt, fruit and granola bar.  The combination was magical especially with the divine yogurt and the handmade granola from Heidi.  Oh and the fruit was simply perfect.  Next handmade muffins were passed down the long family style table and we had our choice of Apple Cinnamon or Pumpkin with Currants and Walnuts.  They were ultra moist due to being made with the Tillamook yogurt.  Heidi was kind enough to make enough of each flavor for everyone to try each flavor.

Heidi was very proud of her Strata and a small warm individual serving was given to each person – can you say “out of this world” delicious.  You too can make this at home by simply clicking here for the recipe.  Next we could choose a made to order breakfast sandwich.  All the selections were mouthwatering but the Breakfast Popper simply sang to me.  It was made with their signature Jalapeno Relish, Zoe’s Bacon, Chevre, Tillamook Monterey Jack and a sunny side up egg.  It was simply delish!  I made the Jalapeno Relish and you can see here what I made with it. Along side was a Kale Slaw with a Tillamook Greek Yogurt Dressing and had the perfect balance of creamy and crunchy.

Overall it was a magical brunch filled with great food, much fun and new friends. I am now hooked on the new Farmstyle Greek Yogurt from Tillamook.  I typically bring Greek yogurt, fruit and oatmeal to work everyday for breakfast, so now I will replace my current brand with Tillamook.  We received a gracious gift to bring home of a sample of all of the flavors for the New Greek yogurt.  On my food bucket list was to make handmade granola, so I thought this was the perfect moment to cross it off my list by making these cute parfaits. 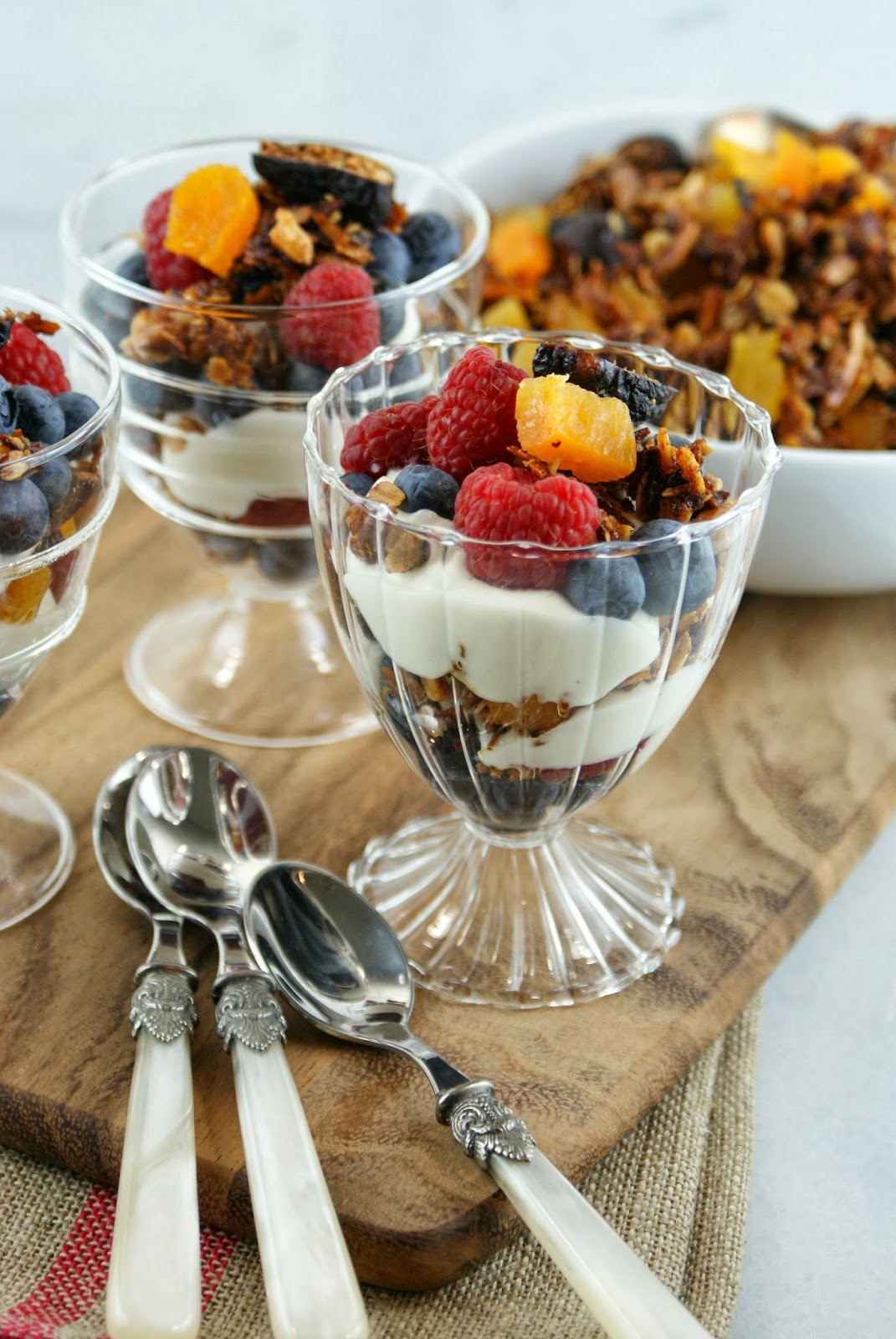 Toss the oats, 1 cup coconut, almonds and salt in a large bowl.  Stir together the veggie oil and honey together and pour over the oat mixture and stir well until the oats are coated well.  Pour onto a 13 by 18 by one inch sheet pan.  Bake, stirring occasionally with a spatula until golden brown – about 20 to 30 minutes depending on your oven. (If you need longer, add 5 minutes to our timer or until golden brown.)

Remove the granola from oven and let cool.  Add the 1/2 cup coconut, apricots, figs, pecans and cranberries and store in an airtight container.

To assemble the parfaits, choose a glass that is clear and begin by layering fruit then yogurt and then granola and repeat until done.  I used raspberries and blueberries but you can use strawberries, boysenberries, bananas or any other fruit in season. 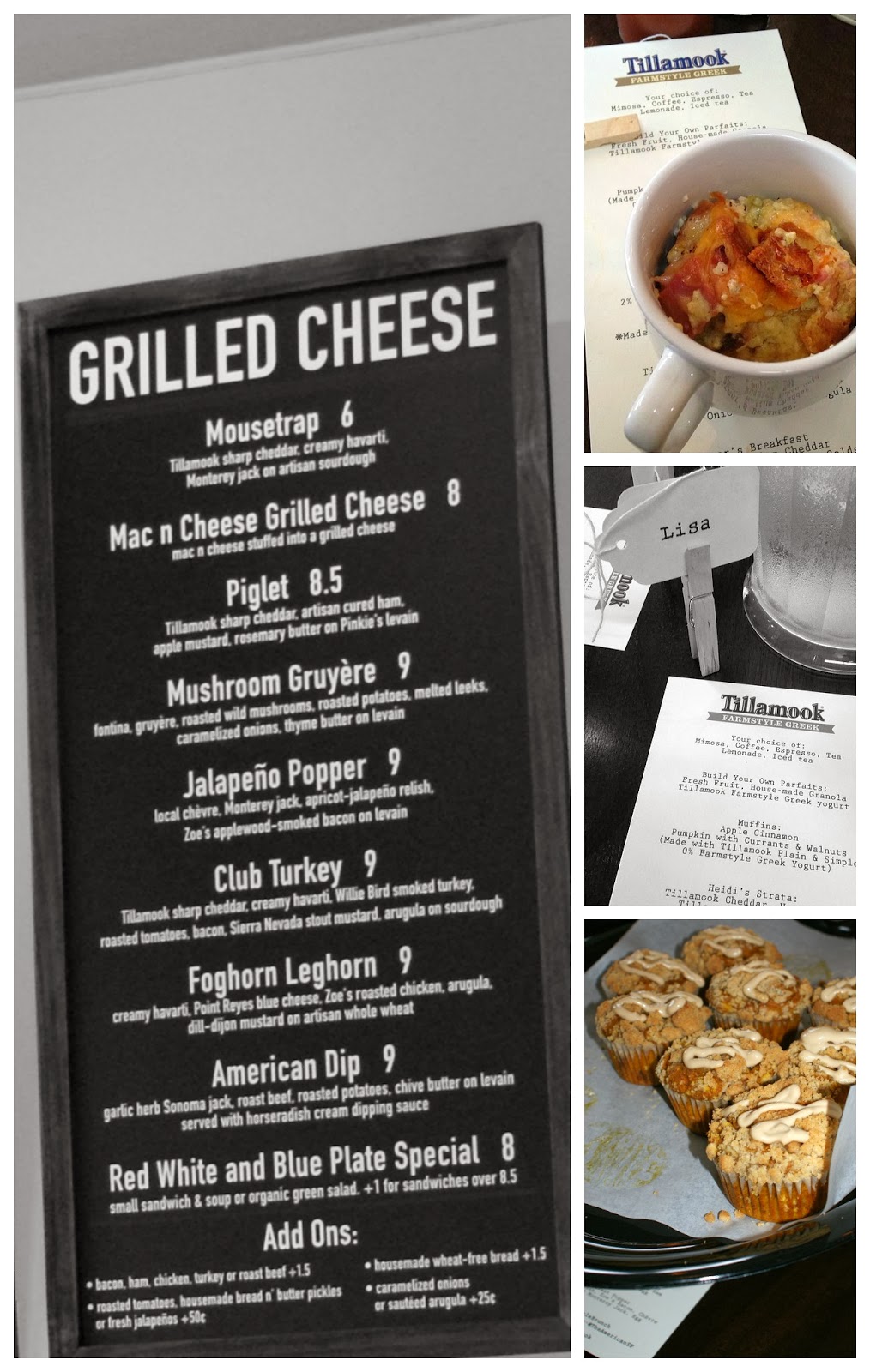 Posted by Lisa | Authentic Suburban Gourmet at 6:00 AM

Email ThisBlogThis!Share to TwitterShare to FacebookShare to Pinterest
Labels: Breakfast