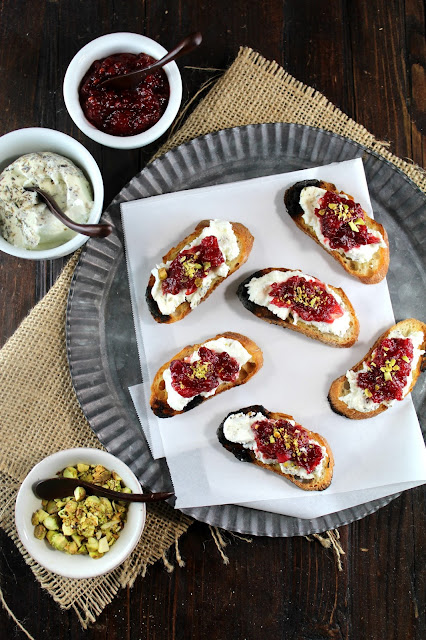 It is that time of the year.  The bright brilliant blood oranges are in season. Once you cut this jewel in half, the rich red pink color is revealed. Blood oranges have a unique flavor compared to other oranges, being distinctly raspberry-like in addition to the usual citrus notes. They are in season in California from about November through May, although I have a hard time finding them late in the season.  Their origin is thought to be from China or the southern mediterranean but now they are primarily grown in Italy. Their beauty inspired me to create this pink peppercorn blood orange compote to adorn a simple crostini. 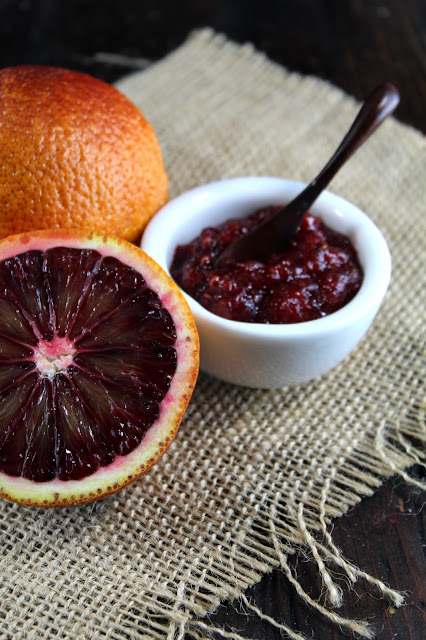 Besides blood orange season, it is award season.  This years award season were a bit too politically charged for my taste. It did not surprise me that the viewership was significantly down over last year. I am all for everyone speaking freely but there is a time and a place.  The Grammy's this year were out of control in my opinion.  I wanted to watch the artists, listen to great music and be entertained .... instead ..... we had political views shoved down our throats. The president of the Grammy's might want to evaluate and make changes for 2019 (if he is still around for next year)  - stick to the basic premise the show was build on.... MUSIC!!!  In a word ...... disappointing! 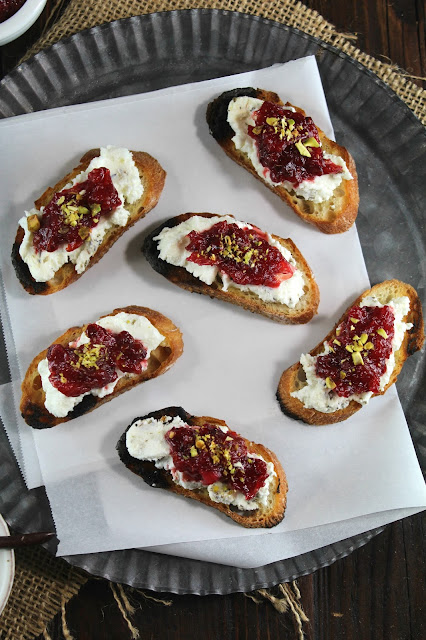 Hubby and I love our television shows.  Although we have numerous shows that we enjoy separately, we probably have more that we watch together.  We are huge Bravo fans.  After a long day at work, there is nothing better than stepping into someone else's world and relaxing.  We enjoy the Million Dollar Listing series, Top Chef and the Real Housewives institution.  In addition, the Watch What Happens Live with Andy Cohen - would love to have Andy over for cocktails.  And wouldn't this crostini be a perfect addition to a wonderful glass of wine or craft cocktail. 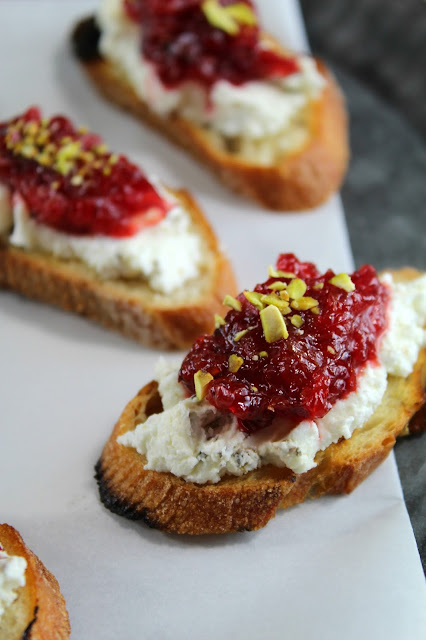 Cut each orange in half. Use a sharp knife to remove each segment.  Add to a medium sauce pan. Repeat on the other oranges.  Drain any extra orange juice so it is just segments of orange. Add the honey and slightly crush the pink peppercorns, Add the lemon juice and zest.   Cook on high until it begins to boil then reduce the heat to medium or medium low and simmer for 10 to 15 minutes until the mixture begins to thicken. Let cool.

Cut 16 slices from the baguette.  Brush each side lightly with the olive oil.  Place onto a grill and cook a few minutes on each side until crispy.  If you don't have a grill, you can lay onto a baking sheet and bake for 5 to 10 minutes in the oven at 350 degrees.  Flip over halfway to have each side bake. Let cool.  Spread each one with the herb goat cheese, add a tablespoon of the blood orange compote onto each crostini then sprinkle with a bit of pistachio. Add a bit of salt to the top to enhance the flavor.  Serve and enjoy! 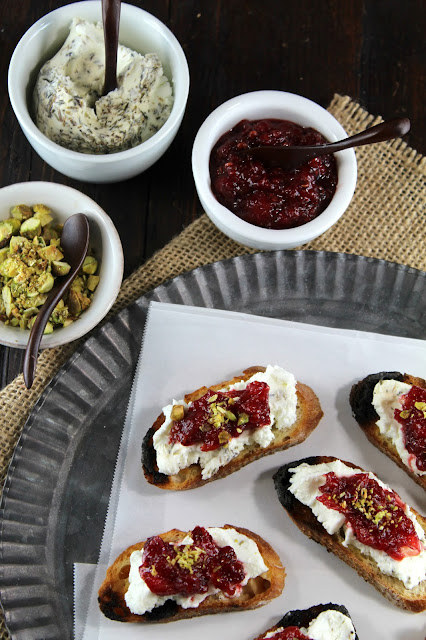 Posted by Lisa | Authentic Suburban Gourmet at 6:00 AM