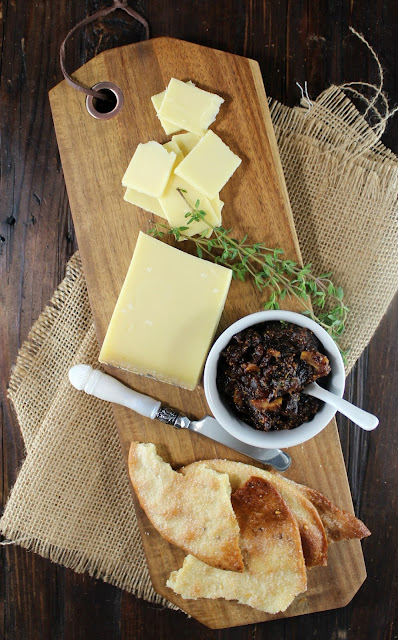 I am dreaming of forwarding time to mid summer right now.  You may ask ....... why?  It is fig season of course. Smile.  I do simply adore figs, well actually kind of obsess over them - oh those glorious figs.  It has been almost two years since I made my last big batch of Balsamic Fig Jam.  I typically set aside a whole day and bang out 80 half pint jars of this delightful crowd pleaser.  Besides enjoying it at home, it is my "go to" hostess and holiday gift to share with others.  I have friends who wait in anticipation for it and one friend even has her whole family asking - when are you getting more fig jam? 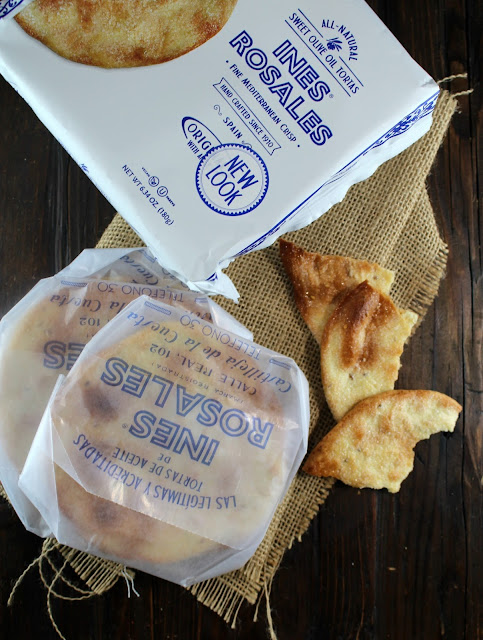 Instead of using one of my last two jars of Balsamic Fig Jam, I thought I would whip up a simple fig compote.  I guess it is simple in preparation but complex in flavor.  This compote has citrus, star anise, allspice berries and bourbon.  Yes, I said bourbon.  A splash or two or three or four or even five is what makes this compote zing!  I discovered these Spanish Tortas at Whole Foods several months ago and have been hooked ever since. 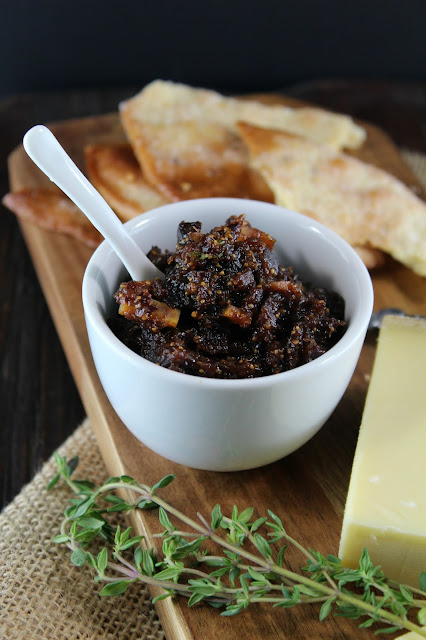 They are olive oil tortas called "tortas de aceite" in Spanish by Ines Rosales.  She began making these in 1910 by hand and selling them at the train station in Seville, Spain.  Quickly she could not keep up with production and started a company by utilizing the local village women to assist in making them.  Fast forward to today, the tradition continues and they are still made by hand with the same recipe Ines Rosales created over 100 years ago and made in small batches.  I enjoy the original flavor that has a sweetness yet savory flavor along with rich olive oil and anise seed.  They would be perfect with manchego and a touch of quince paste to be quite traditional Spanish.  I thought the combination of Gruyere and my Orange Bourbon Fig Compote would do the trick.  The combination certainly did not disappoint.  I highly encourage you to check out these crackers and make a bit of the fig compote that can be used for many different things. 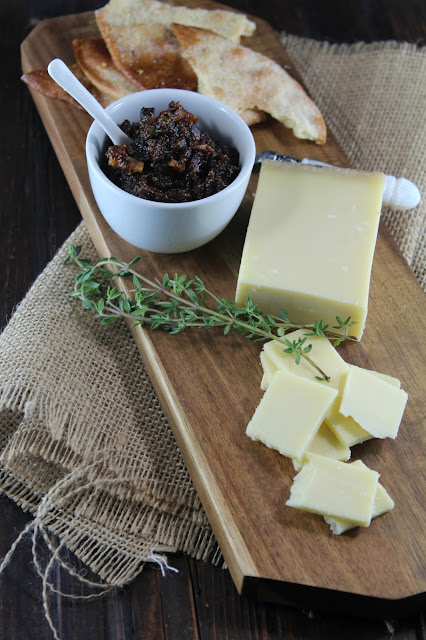 To prepare the compote:

In a medium pot, add the boiling water, 1/4 cup bourbon and the figs.  Let soak for 20 minutes.
Toast the star anise and allspice pods in a small sauce pan until fragrant, then add to the pot.  Next add the lemon juice, nutmeg, sugar, orange and lemon peel, salt and thyme.

Bring to a boil, them reduce to a simmer for about 15 minutes or until thickened.  Let cool and remove the star anise, thyme sprigs and peels.  Take 3 orange peels and slice thin and add back to the pot.  Add the 2 tablespoons of bourbon and stir.  Store in a jar in the fridge until ready to enjoy with cheese and crackers. 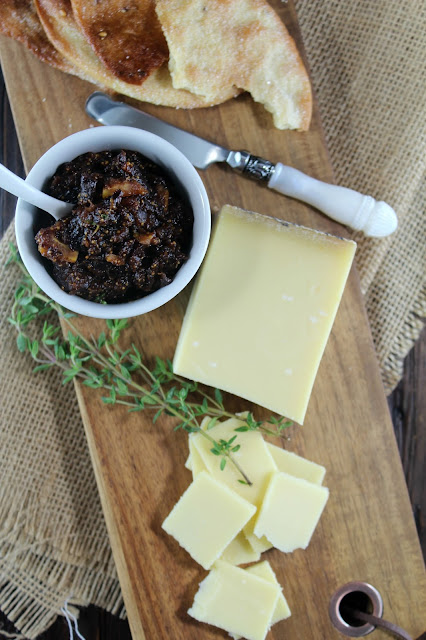 Posted by Lisa | Authentic Suburban Gourmet at 5:44 AM