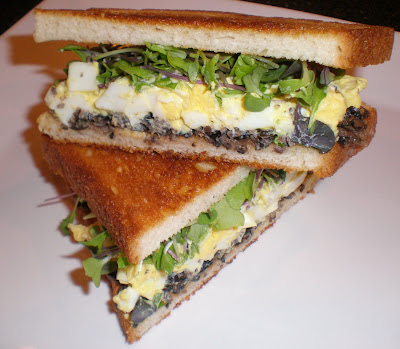 A couple years ago, one of my favorite little tiny restaurants closed. It was a sad day indeed. The reason for the closure was due to the building being demolished. This restaurant actually did not have an official name, yet it felt like you were eating at “Mama’s Kitchen”. Almost everyone I know who ate there, affectionately called it Mama’s Kitchen, simply because the food was food your mom would make.

Mama’s Kitchen sat tucked back in a corner on the lower level of the David M Brian’s store in Walnut Creek. It is a store featuring fine gifts, stationary, china and much more. About a month ago, the old store as we knew it was simply a pile of rubble, making way for a brand new Neiman Marcus to be erected. David M Brian’s had moved across the mall to a smaller space, a bit more updated yet Mama’s Kitchen was not part of the new store design.

One of my absolute favorite sandwiches was the Grilled Egg and Olive Sandwich. Traditionally it would be served with a large handful of ruffles potato chips, three bread and butter pickles and a couple carrot sticks. Didn’t I tell you it was like eating in Mama’s kitchen? The inside of the sandwich is cool yet the outside is grilled to a perfect golden brown color. The combination is completely wonderful and satisfying. Although now just a distant memory, except when I recreate it at home. 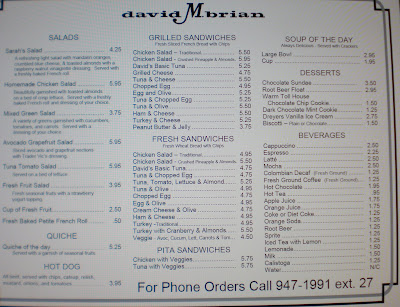 Under water, peel the hard boiled eggs and then cut into to small dice. Add to a bowl along with the mayonnaise and mustard and combine. Taste and then season with salt and pepper. Set aside in the refrigerator.

Butter the four slices of bread with butter and place onto a large griddle. Let cook until golden brown and then flip over to just let it toast up a bit on the other side for about one minute. Remove from griddle.

To assemble, lay the four slices onto a cutting board with the golden brown toasted side down. Spread about a tablespoon of the chopped olive on two of the slices, and then divide the egg mixture on top of the olive and top with a handful of the micro greens. Place the other slice of bread on top and cut in half and serve.

Posted by Lisa | Authentic Suburban Gourmet at 4:43 AM