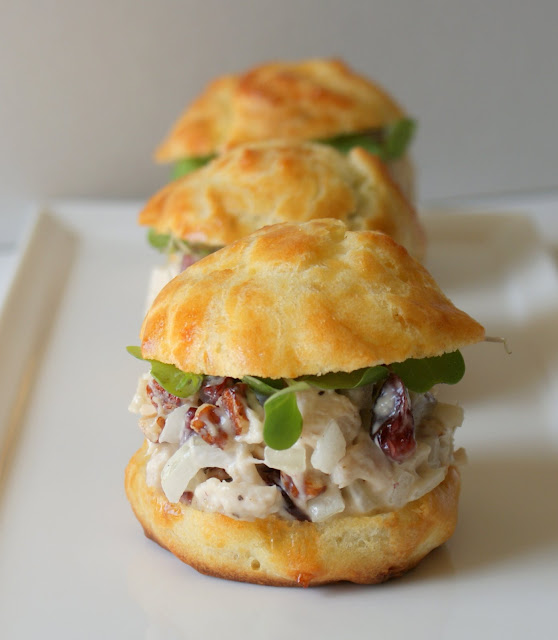 Time flies entirely too fast. It seems like it was yesterday that I was meeting my husband for the first time. We had spoken on the phone for over two hours and decided that the next day would be the day – a blind date. I knew there was something special about him while we were conversing on the phone. I had a busy day at work and rushed from a networking event 40 minutes away to make it on time to meet him in person.

We met at Faultline which is now Pyramid Brewery in Walnut Creek. Our date was on a weekday and both had to get up early, but that did not seem to matter to either one of us. Almost seven hours later, we said good night to each other. A second date was set up shortly after the first meeting. He swooped me off my feet by planning an exquisite date in San Francisco. Our third date was at my small 750 square foot in law unit - the stage was set with candles, music and a fire was crackling. 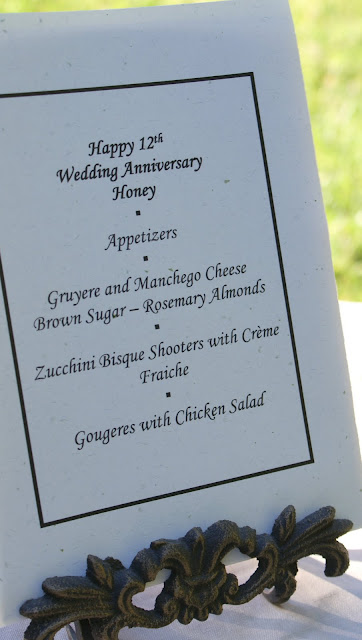 He arrived with a dozen red roses, a bottle of Schramsberg Sparkling wine and a bottle of Opus One. Multiple courses were planned including the caprese salad, filet mignon with rosemary-gruyere polenta and triple sorbets served in a martini glass. He also had a small gift to give me. It was a book that detailed how to market your artwork, since at the time I was doing a lot of painting on pottery. How thoughtful indeed. 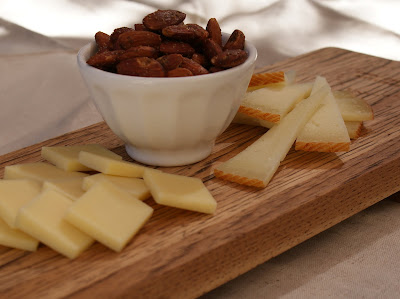 Turns out that by the end of our magical third date, we knew that our dating days were over and we would be married. He proposed about five months later and we were married on September. We just celebrated our 12th wedding anniversary and I decided to make a cozy appetizer style dinner to commemorate our special day. Happy Anniversary Honey - this blog posting is dedicated to you my darling Hubby! 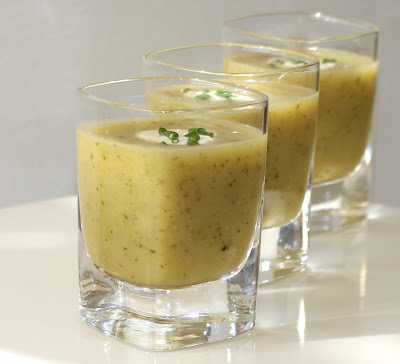 Place milk, butter, and salt in a medium sauce pan over medium heat. Let the butter melt and milk come to a full boil. Then add the flour all at once. Stir vigorously for a few minutes until the ingredients form thick smooth dough. Place the dough in a standing mixer with the paddle attachment. Add one egg at a time. Mix at medium speed until each egg is fully integrated before adding the next.  Add the gruyere cheese and mix until combined.

Add the mixture to a large pastry bag to make the gougeres. I used a large star tip to give a bit of extra texture when baked. Line the cookie sheet with a silpat to ensure they do not stick. With a wet forefinger, gently pat down any peak.

Brush the tops of each mound with lightly beaten egg and space about 2 inches apart. Bake for about 25 minutes. Let cool on a wire rack.

In a large pot, add the water, chicken stock, peppercorns and salt. Bring to a boil. Reduce to medium heat and add the chicken breasts. Poach the chicken for about 15 minutes or until all the way cooked through. Remove and place onto a plate to cool. When cool, cut into small cubes and add to a large bowl.

To the large bowl of diced chicken, add all of the above ingredients and mix well. Taste and add additional seasoning as desired.

With a serrated knife, cut each of the gourgeres in half lengthwise. Fill each one with a large scoop of the chicken salad and top with microgreens or other greens if desired.