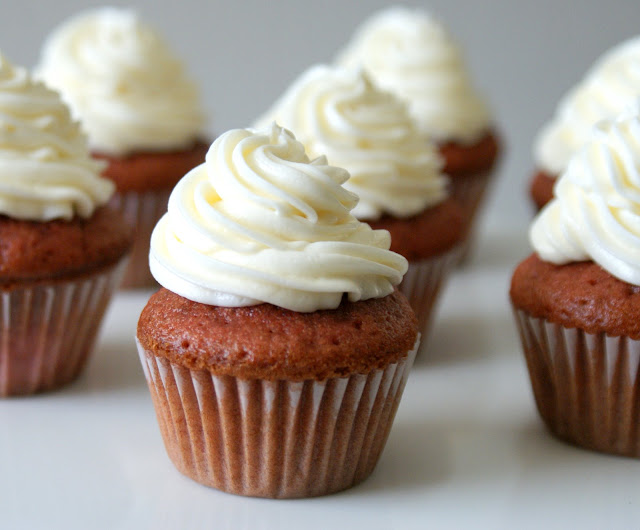 Traditionally we think of Labor Day as a symbolic end to Summer. Often celebrated by hosting or attending a party or BBQ. Actually the first Labor Day was observed on September 5, 1882 in New York City by the Central Labor Union of New York. A few years later, in 1894 it became a federal holiday. I like millions of other people across the country look forward to a well deserved day off.

Living in the Bay Area, we typically experience warm months ahead through about the end of October. This year has been particularly mild on the weather front and I hope that many warm days are ahead. Tonight we are headed to one of our neighbors for Labor Day barbeque festivities. I asked ahead of time what I could bring to help out. I offered a side dish or dessert. My neighbors reply over email was – a dessert would be wonderful. Dessert it is!! 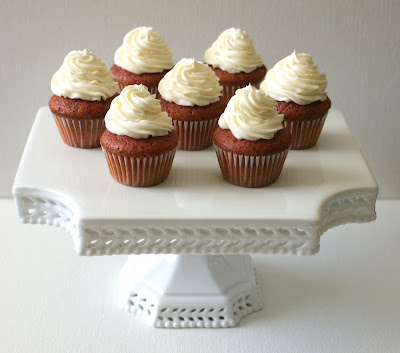 Not having an overwhelming sweet tooth, I pondered what to bring that would please both adults and kids. I have long wanted to make red velvet cupcakes and have been facinated by them. Several months ago I picked up Martha Stewarts Cupcakes. I leafed through the index to see if there was a recipe for Red Velvet Cupcakes and I knew that Martha would not let me down. I adapted the cupcake recipe ever so slightly, since Martha creates recipes near perfection. 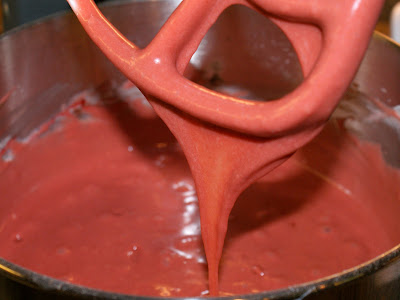 Adding my own spin, I made mini versions of these delectible little treats. With the frosting recipe, I substituted half of the butter for shortening to make it lighter and creamier. Using a piping bag with a star tip to dress the top of each little cupcake, it added an elegant touch.

I hope that everyone has a wonderful Labor Day Holiday!  Enjoy!! 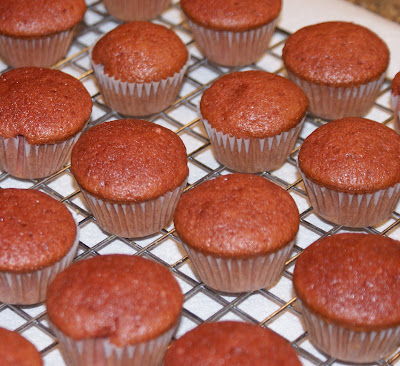 With an electric mixer on medium-high speed, whisk together sugar and oil until combined. Add eggs, one at a time, beating until each is incorporated, scraping down sides of bowl as needed. Mix in food color and vanilla. Add flour, cocoa powder and buttermilk slowly and alternate a bit at a time until incorporate. (if you don’t have buttermilk, add about 1 teaspoon of vinegar to the milk and let stand for 5 minutes)

Stir together the baking soda and vinegar in a small bowl (it will foam); add mixture to the batter, and mix on medium speed 10 seconds.

Using a small ice cream scoop, filling each three-quarters full. Bake, rotating tins halfway through, until a cake tester inserted in centers comes out clean, about 12 minutes. Transfer tins to wire racks to cool completely before removing cupcakes. Cupcakes can be stored overnight at room temperature, or frozen up to 2 months, in airtight containers.

To finish, use a piping bag with a star tip to frost each of the cupcakes. Refrigerate up to 3 days in airtight containers; bring to room temperature before serving.