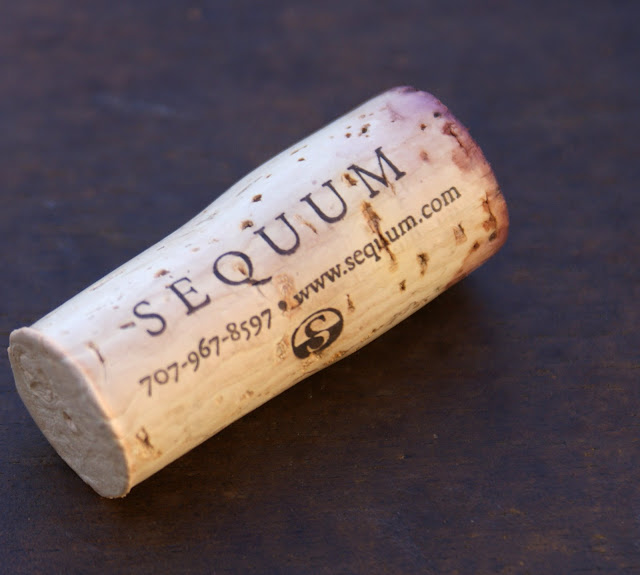 Do you ever have one of those wines, that you just say – wow? They stand out like a sore thumb and leave an impression on your palate that leaves you pondering and wanting more. The 2006 Sequum Cabernet Sauvignon is one such wine. Sequum (pronounced SEE-kwam) is a geological term for a vertical sequence or layer of soil. 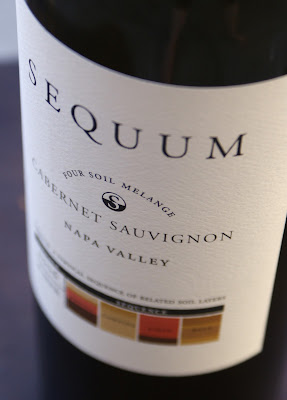 The owner is Paul Skinner, who is a soil scientist with a Ph.D. from University of Davis, California is one of the most influential presences in Napa Valley. He is the President of Terra Spase, which he formed in 1994 to offer GIS consulting services to vineyard owners and wineries. His client list is impressive and includes such well-known vintners as: Pride, Caymus, Colgin, Kistler, Harlan Estates, Staglin and Peter Michael. 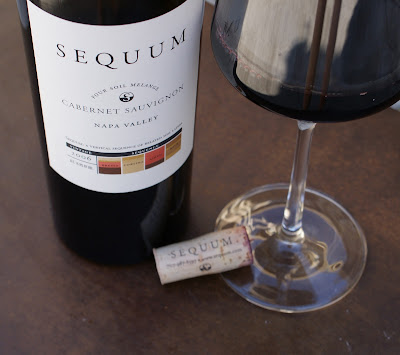 The wine is named Sequum Cabernet Sauvignon Four Soil Melange Napa Valley since it is a blend of grapes from four distinct soils – Ailen, Bale, Bressa and Contina. The result is a bold and opulent wine with savory flavors and abundant tannins. Beyond the beautiful label, is a medium-intensity red color and aromas of ripe berry, kirsch and raspberry that intermingle with hints of rich tea, chocolate and subtle spice tones. This lush wine introduces the palate to significant dried cherry and earthy tones characteristic of Cabernet Sauvignon. It is aged in 50% French Oak barrels to enhance the hint of vanilla and nutty flavors. Indications of cedar and cigar flavors add to the complexity of this brilliant wine, which can keep for 6 to 8 years for maximum enjoyment. 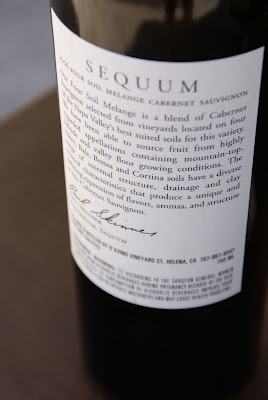 Cabernet Sauvignon is an assertive and confident wine that can certainly overwhelm light and subtle dishes. Since this wine has high tannin and oak flavors along with a higher alcohol level, food style plays an important role is gaining the best pairing. In most cases, stick to matching the weight (alcohol and body) to the heaviness of the food. When paired with fattier foods, such as steak or fettuccine alfredo, the tannins are neutralized, allowing the fruits to become more noticeable. As cabernet ages, the tannins lessen, more subtle and bitter dishes will pair well. Other great pairings are red meats, flavorful and heartier pasta, lamb, strong flavored cheese and dark chocolate.

If you enjoy a long finish that leaves you wanting more and is not produced or sold to the masses, then try Sequum Cabernet Sauvignon. You will not be disappointed, I promise.