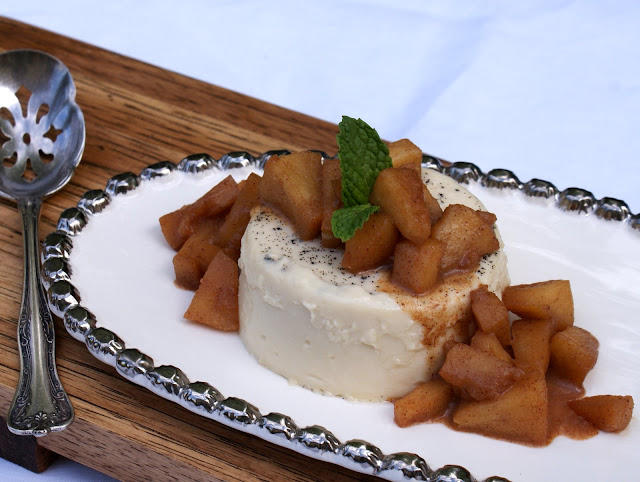 Panna cotta has been on my list for quite sometime to conquer. When it comes to a custard dessert, often it could be intimidating – not Panna Cotta. I was amazed by how simple it was to make. It is an Italian dessert made by simmering together cream, milk, sugar, vanilla and mixing with gelatin. This traditional Italian dessert is typically served with berries, caramel or chocolate. Panna cotta is a straightforward dessert that can be made with different flavors, shapes and sizes. 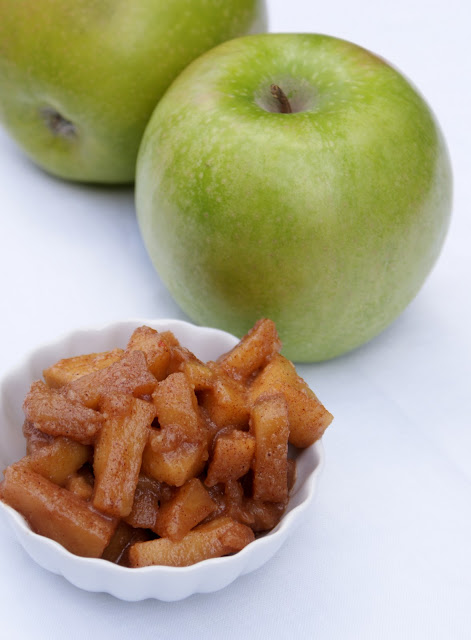 Saturday night we had my parents over for dinner to enjoy an evening together full of interesting conversation, good food and great wine. I wanted the dinner to be simple with tons of flavor but no too fussy. I decided on filet mignon, roasted fingerling potatoes and a salad for dinner. The final part of the evening would be Panna Cotta - “Carpe Diem”.

A couple weeks ago I was contacted by Amanda on behalf of Spice Islands Trading Company. She inquired if I would be interested in trying some of their products. I was extremely honored by the offer by such a well-known company whose reputation precedes itself for the highest-quality, most flavorful herbs and spices from all over the world. How could I pass up such a generous offer - so I couldn’t possibly say no. 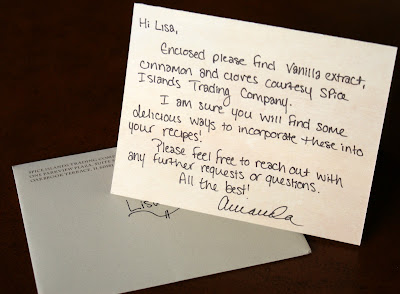 Soon a box arrived on my doorstep. Once I opened the unassuming white box and a beautiful exotic box made of wood appeared. When I removed the wood box, I pulled the arched latch from its socket, the lid was lifted and to my surprise there were three full size bottles. Amanda sent Pure Vanilla Extract, Cinnamon and Cloves. I had been contemplating what to create with these from the moment I knew they were in the mail. Let me first give you a few Spiced Islands Product highlights: 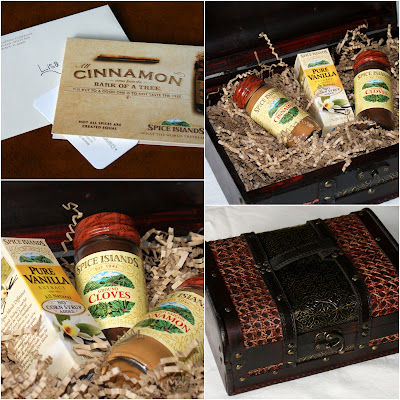 Spiced Islands Pure Vanilla Extract: It is 100% vanilla extract with beans from Madagascar and no corn syrup is ever added. Due to the warm, moist climate and fertile soil in Madagascar, the rich flavor comes through from the first scent to the baked goods you make.

Spiced Islands Ground Saigon Cinnamon: It has a rich golden red-brown hue and warm inviting aroma that enhances baked goods from breads to cookies. Two main types of cinnamon exist – Ceylon and cassia. Cassia is much richer and sweeter – it is the Cadillac of cinnamon. Spice Islands source their cinnamon from Vietnam where premium cinnamon is grown and has an intense fragrance and sweetness.

Spiced Islands Ground Cloves: Cloves are produced from the dried, unopened buds of a small evergreen tree native to the enchanted Spice Islands. Their flavor is strong, sweet and pungent. The potent flavor only requires a small amount to be used in recipes. 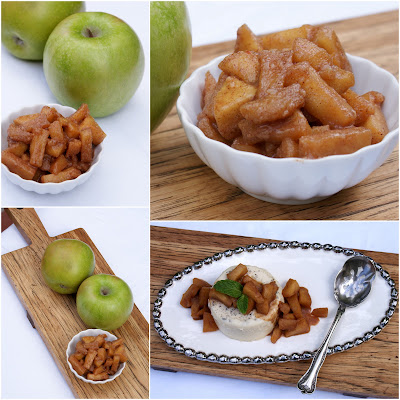 My quest for making Panna Cotta would be created with these wonderful items from Spice Islands. Apples were the absolute perfect accompaniment for these three spices. I decided to do a play on apple pie and create Spiced Apple Compote to drizzle on top of the creamy custard. The combination of vanilla extract, vanilla bean, cinnamon and cloves was a marriage made in heaven.

A big thank you to Amanda and the Spiced Islands company for your generosity! Hope you enjoy the Panna Cotta with Spiced Apple Compote. 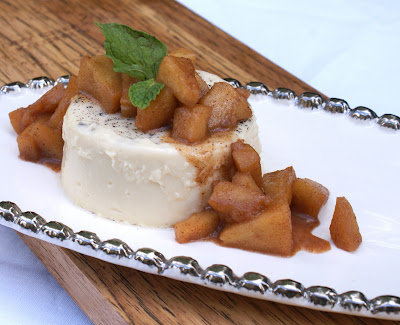 In a large sauce pan, heat the cream, half n half and sugar on medium until hot, but not boiling. Add the vanilla extract and stir. Remove from heat and add the cut vanilla bean along with the seeds to the mixture. Let stand for 10 minutes.

In a small bowl mix the gelatin and water together. Add to the cream mixture and return to the burner to heat and let gelatin incorporate. Use a whisk to combine. Remove from heat.

Lightly oil six ramekins with non-flavored oil. Divide mixture evenly among the ramekins. Let chill for 2 to 4 hours. When removing, loosen with a sharp knife around the edges. You may need to hold in a bowl of hot water for a few minutes to loosen the bottom. Be careful to not allow any water to touch Panna cotta.

Spoon the spiced apple compote on top of each Panna cotta when ready to serve. (recipe below)

Peel, core and cut each apple into small cubes. In a large sauté pan, melt the butter and sugar. Add the apples and stir together. Cook over medium heat for 2 to 3 minutes. Next add the vanilla, lemon juice, cinnamon and cloves and combine well. Cook for an additional minute.

Posted by Lisa | Authentic Suburban Gourmet at 5:42 AM