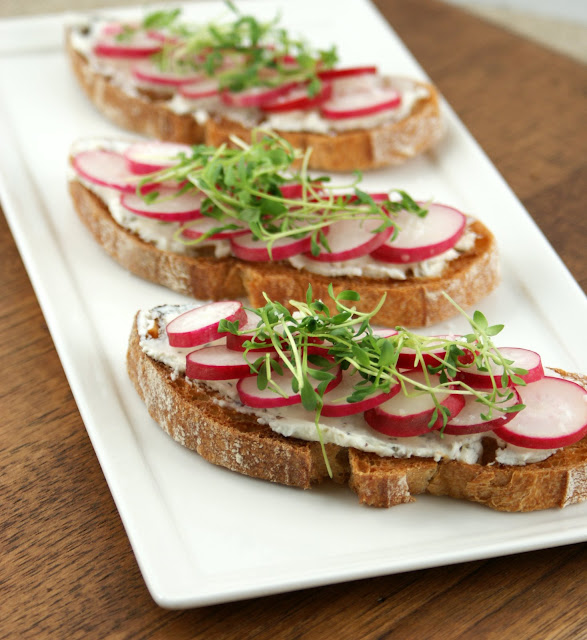 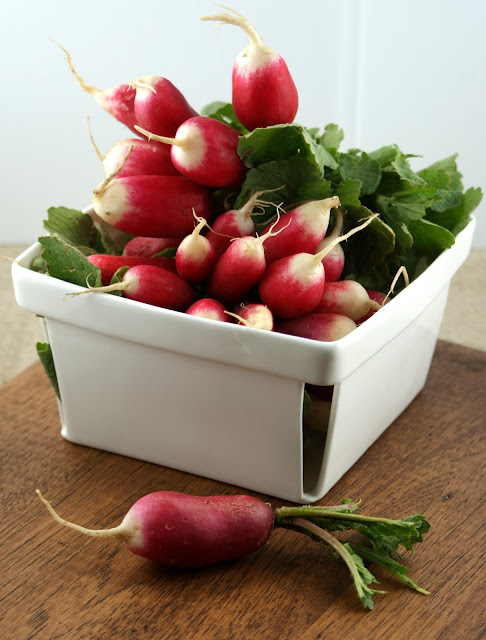 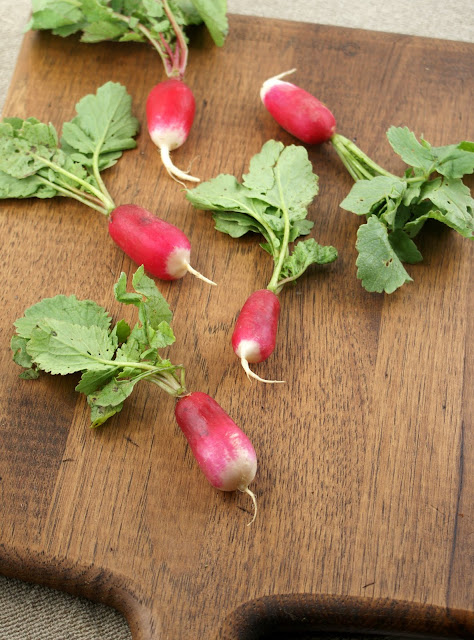 The 650 invited guests who will celebrate Kate and William’s big day will enjoy a "modest spread of Champagne, wedding cake and two-bite appetizers, or canapés," reports the New York Times for the lunchtime reception hosted by Queen Elizabeth. Buckingham Palace has physical limitations, so the “cocktail style” venue is ideal. I am sure the guests will be quite pleased with such appetizers as mini Yorkshire puddings with roast beef and horseradish cream to bubble-and-squeak confit with lamb shoulder. 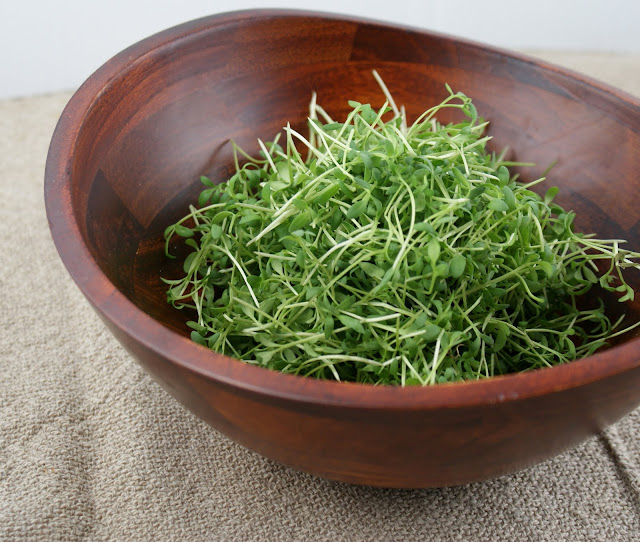 With a lazer focus on the upcoming royal nuptuals over the last several weeks, it is hard to not hear the words – “Royal Wedding” ripple throught the air. Americans have long had a fascination with royalty. The royal wedding represents the ultimate fairy tale. I remember like it was yesterday, staying late to watch the royal wedding of Prince Charles and Lady Diana. What a remarkable event. As Americans, we do not share the tradition of a royal family, instead we have first families that come and go in either four or eight year increments. A royal family represents a sense calm, continuity and traditionalism. 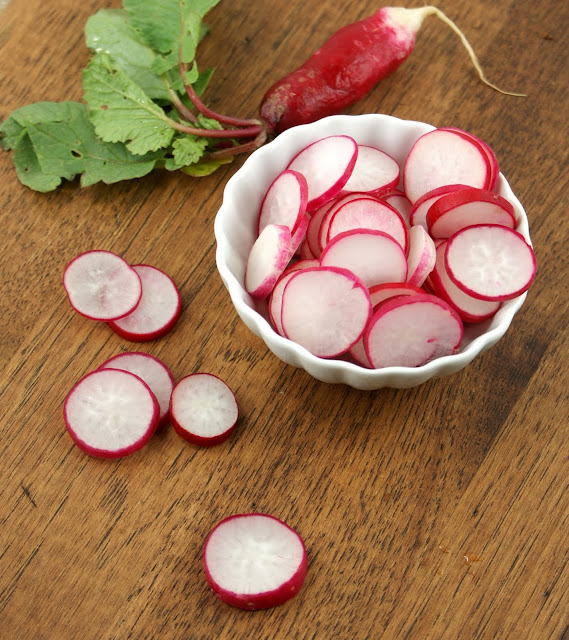 My brush with Royalty: The closest that I have ever come to the “Royal Family” was about thirteen years ago. I was attending a human resources association lunch at the top of the lakeside building in Oakland. Since the luncheon was on the top floor, I had several floors to travel in the elevator. Once I hit the designated floor, the doors opened and there was an abundance of special security all around. 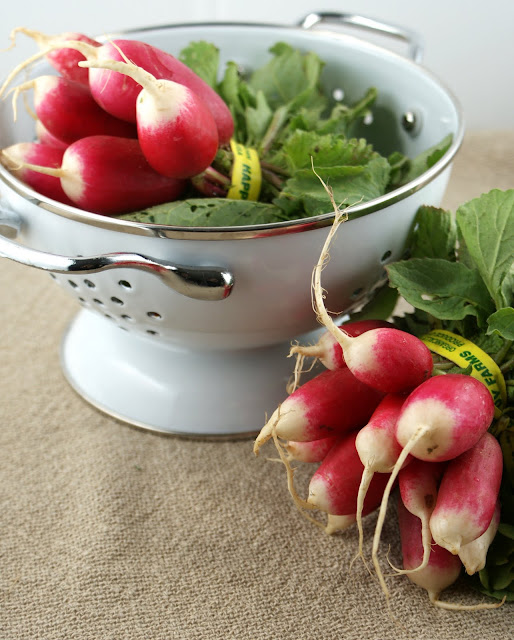 This was completely out of the norm. My curiousity was high. I wondered what was all the fuss about and what was going on. As I turned to head down the hall to my lunch meeting, approximately ten feet away stood royalty. It was Prince Andrew. He was a very tall and handsome man. I noticed a quick smile from the prince and I became a bit weak in the knees, while heading into my meeting.  My brush with royalty was brief yet wonderfully memorable. 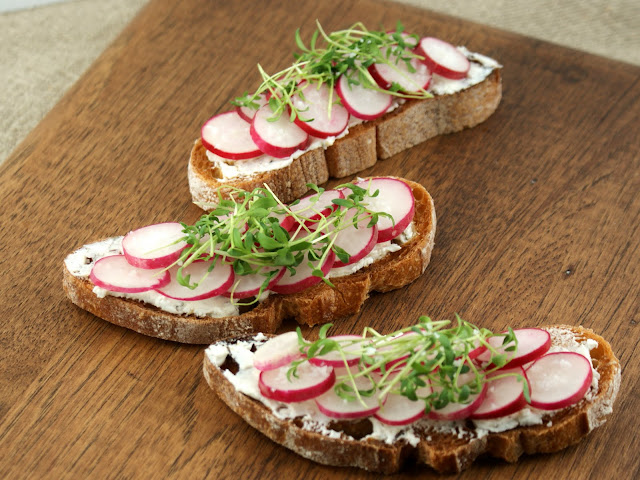 Our Tivo is programmed to record the royal wedding. We will enjoy several appetizers during the royal wedding even if it is the next day when we actually view it - with hopes of staying awake. In honor of Kate and William's special day, I created this Radish Crostini with Peppercress. A toast to William and Kate - may you have a long and happy life filled with many wonderful and brilliant memories. 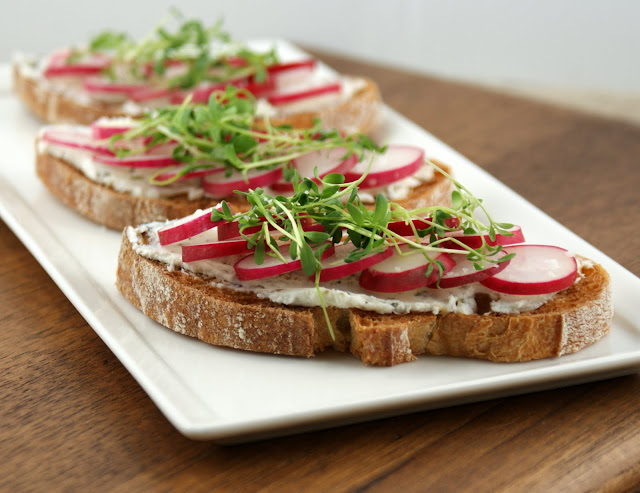 Slice bread into 1/3 inch thick slices, brush each side with olive oil and lay on a cookie sheet. Toast under the broiler until light golden brown on each side. Let cool.

Spread with garlic and herb goat cheese. Lay radish slices on top and garnish with peppercress. Sprinkle a bit of fleur de sel on top of each Crostini.

Note: I found the peppercress at Whole Foods.