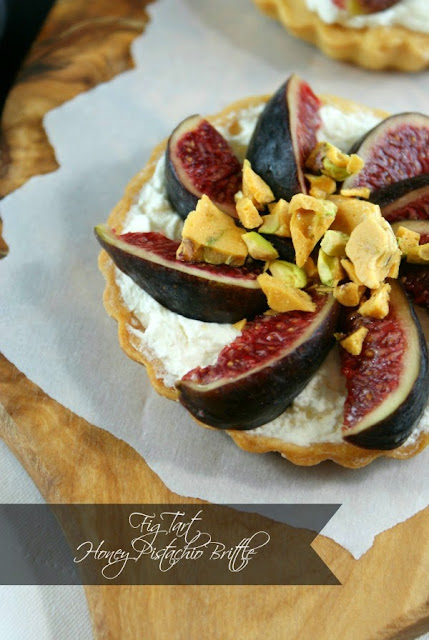 It is a sad time.  Knowing that the fig season is winding down, it brings a figurative tear to my eye. If you have been a long time reader, you know that I am just a bit obsessed with figs, especially with  the fresh varietals.  As promised from a prior post, I am sharing a supreme fig dessert with all of you.

I stumbled upon a treasure at my local farmers market in the last month.  Ever since finding this fortune, I have been back week after week.  It was with one of the smaller vendors, but they grew the most amazing figs on earth.  After chatting with the producer, she let me know that they created their own fig varietal called “Hatfield”.  She went on to say, like the Hatfield’s and McCoy's, but that there was no fighting going on in her farm.  She does have a keen sense of humor. 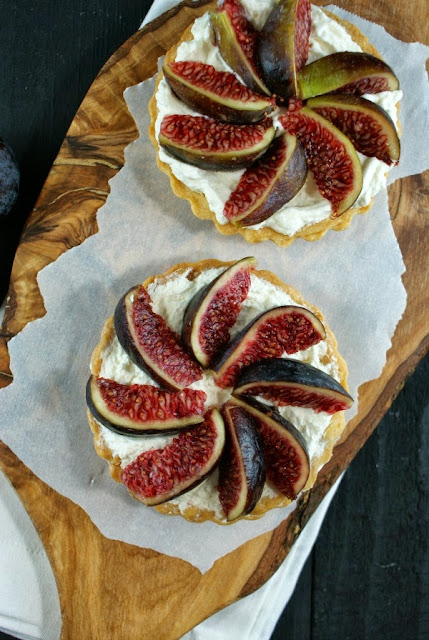 As you can observe from the brilliance of the color of these marvelous figs, it has bright vivid pink magenta hues.  The color is breathtaking in my opinion BUT the taste is even more amazing.  It has a true fig flavor that simply sings an aria in your mouth.  It is the opera of figs.  Okay, I know I am a bit thrilled with these beauties, but I know they will not be around long.  I will have to see if they are still available this coming weekend when I frequent the farmers market. Keep your fingers crossed for me. 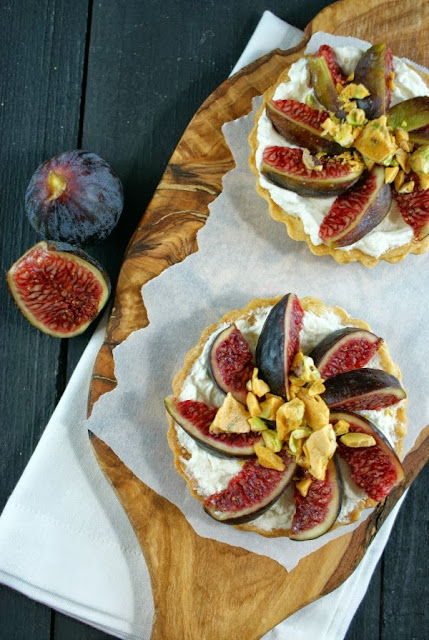 We live on private court with only seven houses. Being a private court has its positives and negatives.  We are responsible as a group to maintain the street, which is quite narrow and limits parking.  There are sections that are painted red to prevent parking that would hamper the proper ingress and egress into the court. Over the years, the red paint had faded to a light rose hue and almost unrecognizable.  Luckily for us, Frank, one of our neighbors who we respectfully call the “Mayor of the Court” took it upon himself to re-paint the street to give it a fresh face lift and restore to its original glory. 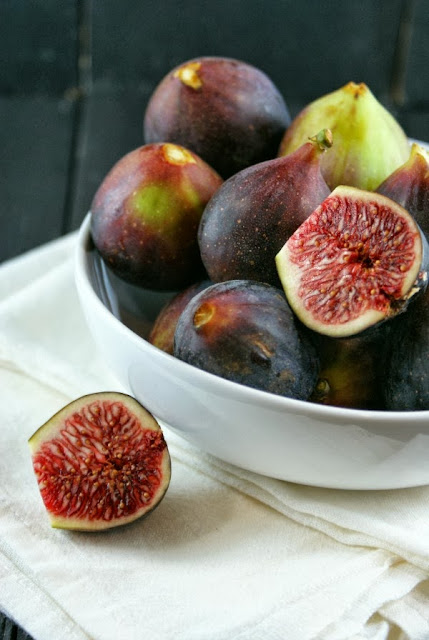 I said to my hubby that I thought it would be a great show of gratitude for Frank’s efforts to bake something and bring it over to thank him.  Thus I came up with these lovely tarts.  The look on Frank’s face was priceless when I gave him a few of these little desserts to enjoy.  The next day, I saw him outside and he said what else can I do around the court to receive fresh baked goods?  I smiled. 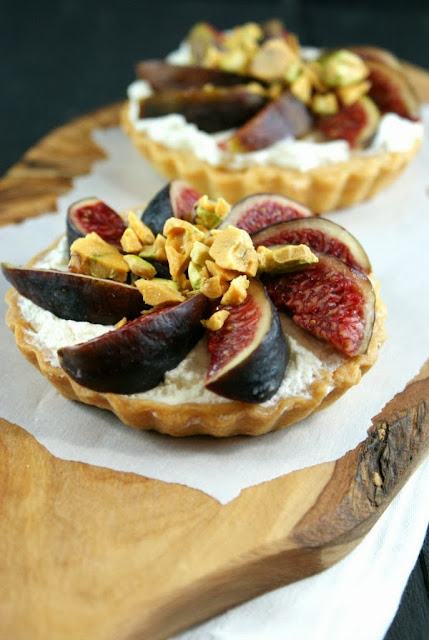 In the bowl of a food processor, combine flour and sugar.  Add butter and process until mixture resembles coarse meal.  In a small bowl mix the egg yolk and water together.  Stream through the feed tube and pulse until dough holds together without being wet or sticky.  To test, squeeze a small amount together – if crumbly, add more ice water, 1 tablespoon at a time.  Flatten into a disk and wrap in plastic.  Chill at least one hour in refrigerator.

Using small tart pans, cut circle of the dough that are one inch wider than the small 4 inch tart pans.  Poke small indents using a tine of a fork into each tart pan.  Add pie weights to each one and bake for about 15 to 20 minutes at 350 degrees until light golden brown and dough is cooked.  Remove and let cool.

Combine sugar, corn syrup and water in a medium, heavy sauce pan over medium high heat, stirring until combined and bring to a boil.  Cook without stirring until temperature reaches 335 degrees using a candy thermometer or until syrup is a dark golden brown.  Remove from heat, stir in pistachios, baking soda and vanilla.  The mixture will bubble.  Work quickly to pour mixture onto a silpat that is on a cookie sheet.  Spread mixture to about ½ thickness and let cool.  Break brittle into pieces.

Add all of the ingredients to a stand mixer and beat until thickened.

To assemble each tart add the honey whip cream to each tart, then arrange the figs into a circle on each tart on top of the whipped cream.  (8 slices per tart/one fig)  Sprinkle small pieces of the Honey Pistachio Brittle in the middle of each tart.

Note:  I would recommend storing the brittle in an airtight container or plastic bag and sprinkling on top of each tart just before serving to preserve the crunch factor.  The brittle recipe makes plenty extra for enjoying beyond with the tarts. 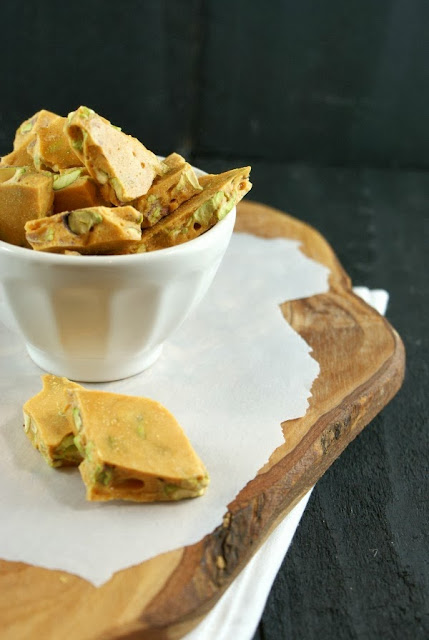 Posted by Lisa | Authentic Suburban Gourmet at 5:30 AM